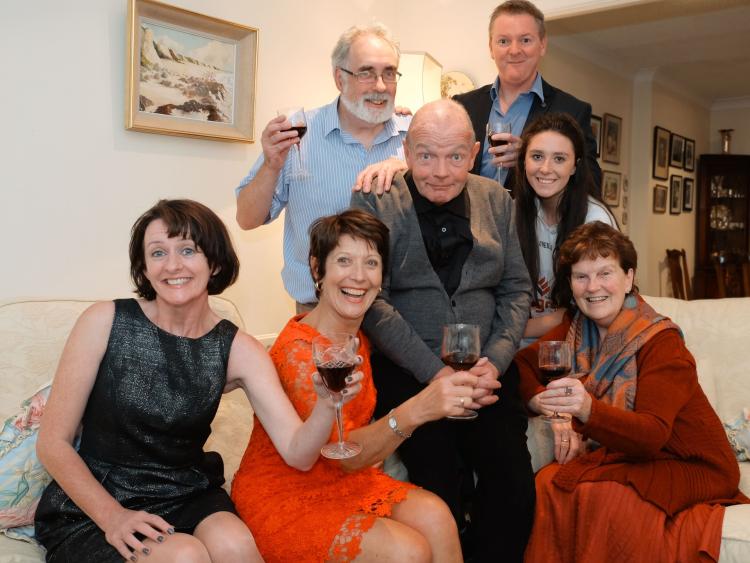 The cast of Bookworms

What happens when the ladies in the local book club allow men to join their ranks? Well find out down at the Moat Theatre in Naas when the Moat Club stage Bernard Farrell's black comedy 'Bookworms'.

The show runs for five nights only from Tuesday October 11 to Saturday October 15 at 8pm.

'Bookworms' is described as “a sharp and hilarious examination of contemporary Ireland as mirrored in the popular phenomenon of the Book Club".

It is Ann's turn to host the evening and a decision has been taken to allow husbands to be part of this "last bastion of female exclusivity".

The resulting clash not only exposes hidden lives, deceptions and indiscretions, but highlights social and financial misadventures that had long been swept under the carpet or thought to reside only between the covers of the Book Club novels.

It has been described as “hugely funny,” and “wickedly observed” and with a stellar cast under the direction of All-Ireland winning director Barbara Sheridan.

The cast lines up some familiar and not so familiar faces.

Local CBS teacher Tom Noone takes to the Moat Club stage for the first time in the role of Robert, the local bank manager, who might not be as charming as he first appears.

Frank Kirke makes a welcome return to the Moat stage in a somewhat 'priestly' role joining 'old' Moat hands Cathy Lawlor, Maire Murphy, Pat Breslin and Mary Power Cooney. Ciara Breslin completes the line-up, all the way from Australia. You'll have to come along to see the play to see how that is achieved!

The Moat Club recently launched a major campaign to raise funds to secure the future of the theatre in Naas. One way to ensure that this great community facility survives is to go along and support the shows.

“We are sure this show will prove popular with audiences” said director Barbara Sheridan. “Even if you have never gone to a play before please come along as it is a great night out, with lots of laughs guaranteed.”

It would make a great night out for book club members.