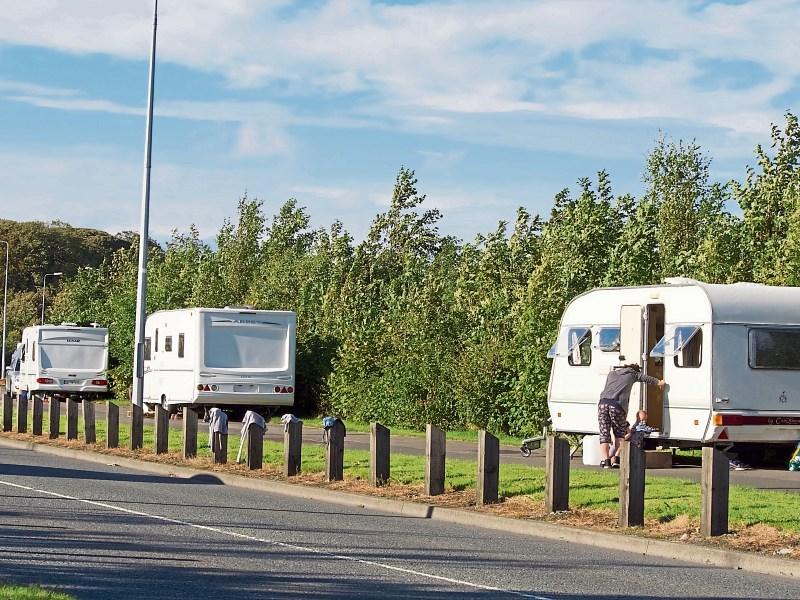 Some of the caravans on the Naas ringroad, near Enable Ireland

Kildare County Council says it will take action if required against the owners of vehicles parking on the ring roads circling Naas.

KCC says it is “assessing all options” including issuing fines if there are cases of alleged illegal parking, littering or traffic offences.

This follows a number of comments by councillors made at a Naas Municipal District meeting criticising the presence of the caravans.

“Nothing seems to be happening and there are a lot of people complaining. People are coming and going all the time and there could be three, four, seven or five caravans there.”

Cllr Moore claimed that people sometimes have to walk on the other side of the road “or feel they have to”.

He also claimed that a footpath has been damaged.

Naas Mayor Fintan Brett said there are people moving between Sallins, the Curragh and the ring roads in Naas and “it’s the taxpayer that’s being loaded with this”.

Cllr Darren Scully called for the laws to be enforced. “If I parked on the footpath the warden would be down to me in five minutes,” he said.