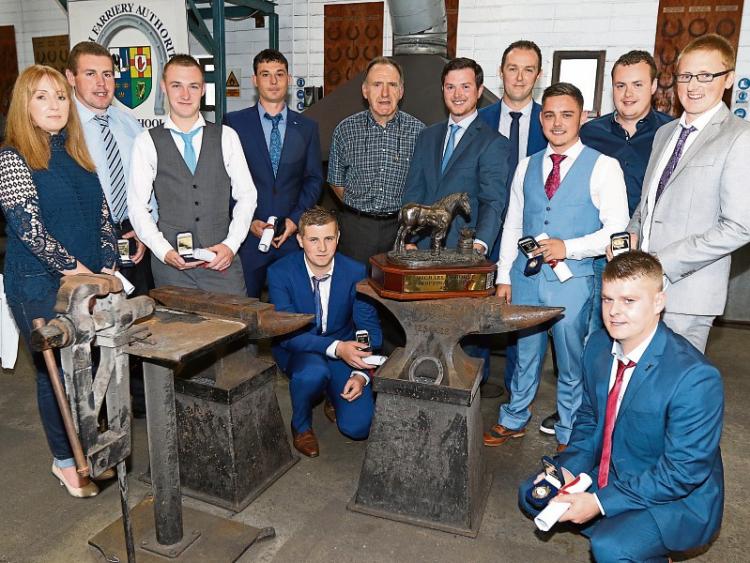 The Irish School of
Farriery based in Kildare Town held a graduation
ceremony this month for final year apprentices .

The ten graduating apprentices recently completed a seven phase QQI approved apprenticeship and the ceremony was an acknowledgment of that achievement.

Keith Rowe, Director of RACE who is involved with the School through its governing body the Irish Farriery Authority, opened proceedings by welcoming guests and congratulating the apprentices.

Brian Head of SOLAS also spoke to the assembled crowd and acknowledged the important role farriers play in the equine industry.

He commended the graduates on their efforts and their achievement in attaining the required QQI Level 6 standard to graduate with an Advanced Certificate in the Craft of Farriery.

Irish Master Farriers Association Chairman John Dooley echoed the sentiments of previous speakers and remarked that the future is bright for farriery in Ireland.

He added that the IMFA is eager to support these young graduate farriers in their chosen career and he particularly encouraged them to avail of continuous professional development as part of their career path.

The graduates completed 40 weeks of instruction to hone their shoemaking skills and were given tutoring in Equine Anatomy and Physiology, Foot and Limb Conditions and Business Management.