What's the best playground in Kildare? 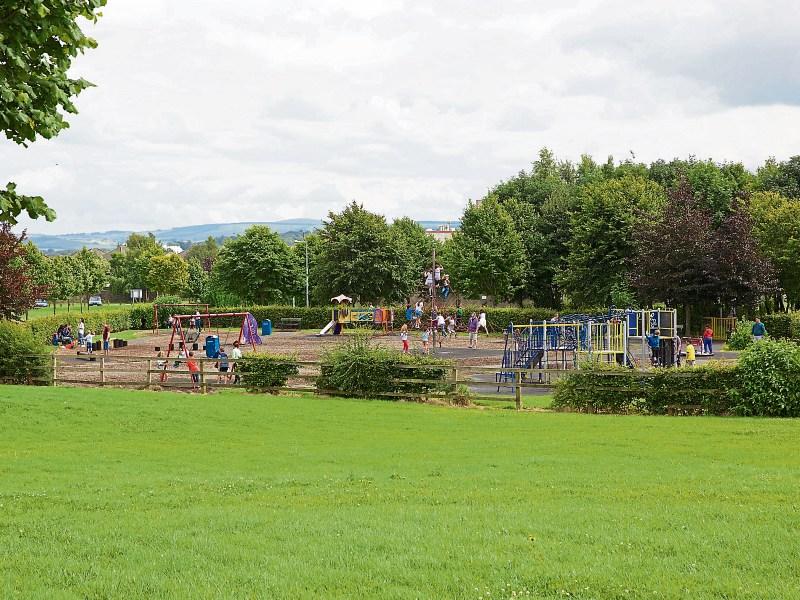 There is a big gap between being a kid and having kids, when you never consider playgrounds at all. Roundabouts are for cars and swing is something a politically divided US state or very liberally married couples does.

That all changes as soon as your babies start toddling. From the first footstep it becomes clear that the playground is by far the most popular destination for them. And for you it offers a kind of respite as the little ones stop walloping the byjaysus and play nicely for a while.

So you get to know the local playgrounds quite well after a little while.

There, as well as a load of excited youngsters, you will encounter various characters such as Smartphone Parent (usually dad), Photographer Mammy (because it it isn’t on Facebook or WhatsApp, it didn’t happen), Action Dad (who always gets up on the climbing frame, just to show the kids the right way of course), Post Traumatic Stress Ma (Zoned out on a bench, looks like a soldier returning from Battling the Viet Cong), Nervous Dad (rarely more than two steps behind their heir, amazed that more kids don’t take a massive hopper off the monkey bars) and a whole lot more.

You will also develop an appreciation for makes for a good playground. So below is a brief rating some of the local facilities. This is not a comprehensive list by any means, it’s just the ones I’ve been too - feel free to advise on any that are better/worse than what we have here.

Not overly big, but a decent playground which has most of what a kid wants. On the downside, there can be the odd bit of broken glass and debris, especially after a weekend night, and sometimes local teenagers forget that they are no longer five years old and take over a section of the place. Similar to most other playgrounds, there are no toilet facilities but the church next door is sometimes open. On one occasion the little girl was “bursting” and there was no way in. “Why has Holy God locked the door?” I had no decent answer to give as we legged it home to as fast as you can with two toddlers a scooter and a tricycle.

Benefits from having a carpark right next door, is a bit bigger than Ballycane and the adjacent skatepark means teens have their turf and the kids have theirs. Has some nice balance beams which are hard to resist for adults (yes, I realise I was giving out about teenagers on the swings a moment ago).

A good place for mam to bring the kids while dad spends all of the money on ‘discounted’ goods … or maybe it’s the opposite way around in your house.

Nice playground this, with soft rubbery gravel to break any falls off the big treehouse type contraption in the middle. You’d want to watch the smaller kids here because there are a few chances for them to test that gravel from a height.

Has an indoor and outdoor play area. Of course, there are animals and bog trains and fire engines and mini-golf here, but no matter the competing attraction, the playground is the most popular feature for most kids. This one is particularly good because it has various areas aimed at different age groups, and it has one of those aerial-runway type things, which, again, attracts the attention of the growns ups.

Another attraction with loads of animals and abundant nature trails but as always it’s all about the playgrounds. There are two play areas, one near when you go in. The other has a trampolene. So good luck getting out of there before nightfall

This place is well worth a visit for the animals and setting too by the way. Decent value too.

Also has a maize and a cafe. I know which one I preferred. The playground itself makes nice use of the space and will keep the kids occupied long enough to make you feel you’ve earned the trip the cafe.

Lovely setting, with fine views of the Wicklow Hills and the grounds are really nice too.

The newest of the bunch and an excellent addition to the local playground scene. It’s out the back of the GAA club so there is parking here - although it can get a bit busy at the weekends if there is match on. Also, there is a coffee shop which looked to be making a fortune when we were there a couple of Sundays ago. There are toilets too, which are always useful for human beings. The playground itself is great, everything is new and there are plenty of decent climbing-type contraptions and a big slide in the middle of the playground.

Kill, in fact, is very close to being No 1 for the above reasons but we’ve given the gong to ….

Has it’s critics, as like in most urban environments there can be the odd bit of vandalism and a few cans and debris left over from the night before. Overall though, this is an excellent facility.

It’s secure and far enough from the road. This is also a big playground so even when it’s busy it never feels too claustrophobic There are plenty of obstacles. And it has a quite magnificent climbing frame made of ropes in the centre. All those people who say today’s kids are mollycoddled and soft and danger-averse and arm-weak obesity patients waiting to happen should take a look at this place on a Saturday morning as kids clamber up to a height you wouldn’t fancy yourself, while nervous parents stand below.

Rating: 8.5/10 (loses marks for the squeaky baby's swings at the end which barely move, despite considerable pushing efforts!)

If you want to go further afield, Marlay Park near Rathfarnam is the gold standard and proof that Dublin gets the kind of resources that everywhere doesn't. This place is the Disneyland of playgrounds while everywhere around here is Funderland. At Marley Park, you have a great setting, parking, toilets, and huge playground with every type of obstacle/attraction/contraption you can imagine and loads of high slides. It's like every other playground but bigger and better. Once you may have travelled to Marley Park for gigs, but that was a different lifetime. It's all about the next generation now and if they're happy, you're happy. Well worth a visit if you get a dry Sunday.