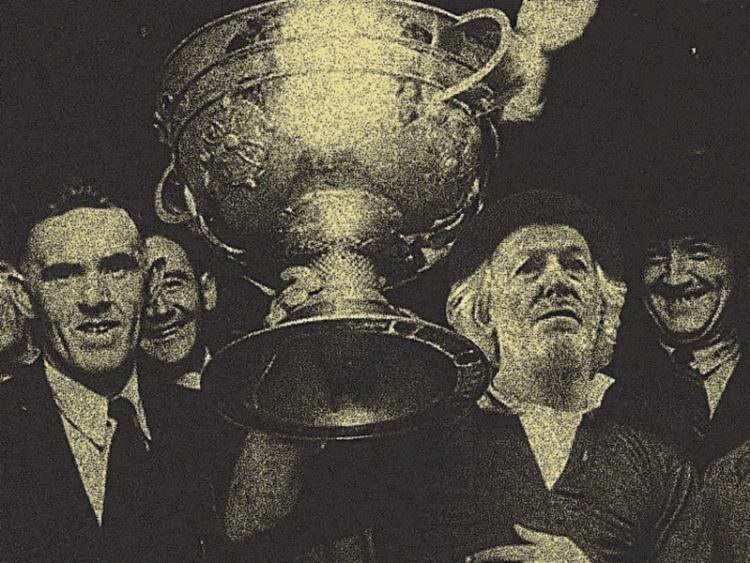 You know you are proper old Naas if any of these rings true.

1. Lawlor’s Ballroom was the only late spot in the town worth talking. And it will probably always be that way.

2. There was shock and awe when news came that The Irish Ropes factory and hundreds of jobs were going to Newbridge and not Naas.

3. Forgiveness for that decision is still hard won in the oldest Naas households.

4. Before Lidl and Aldi started selling bread for pennies, someone hiked the ingredients by horse from Odlum’s via Whitestown Cross to Wicklow, dishing out tones of flower from an enormous saddlebag. And people get a mileage now?

5. Long before Poplar Square sprouted the statue of John Devoy, it was known for sprouting springs.

6. The radio in Eddie Marum’s was your window to the world and, in particular, GAA results late on a Sunday night.

7. You didn’t have to go to Newbridge for social welfare payments. Anyone who was stuck went to Jim Hickey, the dole man who lived on the Kilcullen road.

8. Before they invented the X-Factor, Tom Benjy Hickey had it in spades. A titan of the Moat Theatre, he went on to star in the Riordans and shared a stage with some greats from the Dublin and the West End. Only recently he was honoured at a do in Dublin attended by Colin Firth.

9. A defeat to Ballymore in football could lead to the kind of backlash England suffered when they were beaten by Iceland in the Euros.

10. Ballymore would always do what it took to win in football. That truism has remained one of the few constants of your life.

11. You, or your parents, were in Lawlor’s when The Royal Show band played the Huckle Buck. That’s just one small chapter from Lawlor’s because there’s a book of stories in the place.

12. Your folks used to buy their bread in Cunningham’s bakery on Basin Street and the smell of fresh bread always hung heavy over the harbour.

13. Swimming lessons! You must be joking? The canal by the Caragh Bridge was where you learned to swim and a bundle of bullrushes made a great float to get you to the other side.

15. Your best cinema experience was probably seeing the silhouette of Johnny Weismuller swinging on a vine across the Naas Town Hall in Tarzan’s secret Treasure.

16. It was possible to negotiate a better entry fee to the cinema in there if you went direct to Mac McCormack with a few smokes rather than heading straight to the ‘Box Office’ for your ticket.

17. Brother Grennan taught algebra and arithmetic in Naas CBS. But you don’t remember anything about those lessons now, only that he was a tough taskmaster.

18. When the great boxer and movie star Jack ‘the Gorgeous Gael’ Doyle came to town you were told by the Christian Brothers not to visit the Colosseum to see him, under any circumstances.

19. Really, you were only interested in going to catch a look at Jack’s wife, Movita.

20 There’s been a few cold few winters in Kildare but none of them were ever as cold as the big freeze that hit 1947. There were boats trapped in the harbour for five weeks.

21. It was never and will never be the Dara Cinema. Your Naas Cinema will always be the Colosseum. Now they’ve a place called Storm! And sure wasn’t that the big freeze!

22. No matter who’d be recounting that story, the freeze would end up with an extra inch of ice.

23. It always annoyed you that Ballymore had a team in the Dublin soccer leagues but then didn’t local GAA great Jack Higgins have trials with Shamrock Rovers.

24. All this talk of banned foreign games is a bit of a nonsense. Long before the GAA broke bread and let rugby into Croke Park, Naas GAA lined out in the green and white jerseys supplied by Naas Rugby Club.

25. You hated Ballymore but you understood that the rivalry between Raheens and Sarsfields was even more bitter.

26. Naas was built on one big lake, not the handful of small ones scattered down the bottom end of the town.

27. You know someone who was in Timahoe when a helicopter carrying President Nixon landed in. They said the ash trees were bent to the ground by the force of the chopper blades.

28. You feel short changed by this list because it’s only the tip of the iceberg.

*This column would like to thank Jackie Bracken from Abbey Bridge for his help researching this list. And we know there’s a much longer list to be done.

Robert Mulhern is contracted to RTE's Doc On One programme.