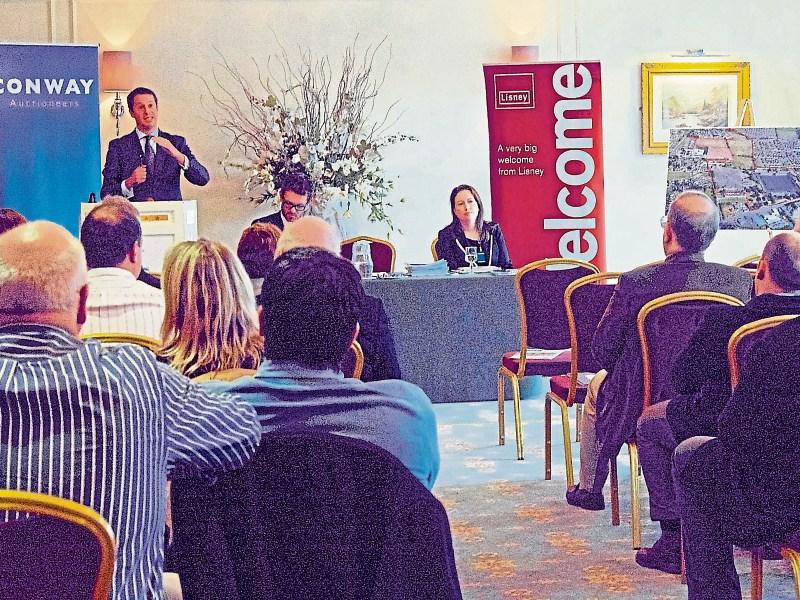 The auction of the Barracks in February

The money due to Kildare town from the sale of Magee Barracks is still with the Department of Defence.

Councillors were told on Wednesday that when officials from Kildare County Council approached the Department about the community gain, it was told the local authority owed the Department money on an unrelated matter.

Director of Services, Tadhg McDonnell said that matter was now being resolved, and the council would pursue the Magee Barracks money.

When Magee Barracks was sold in 1998, Minister Smith promised ten acres of the site, or the equivalent value of the land, to the Kildare community.

The barracks was sold at public auction to BBF Capital Partners for €8.2 million last February.

This means the local community should get a €1.64 pay out. Speaking at the Kildare Newbridge Municipal District meeting, Cllr Suzanne Doyle (FF) said it was imperative the money be chased down.