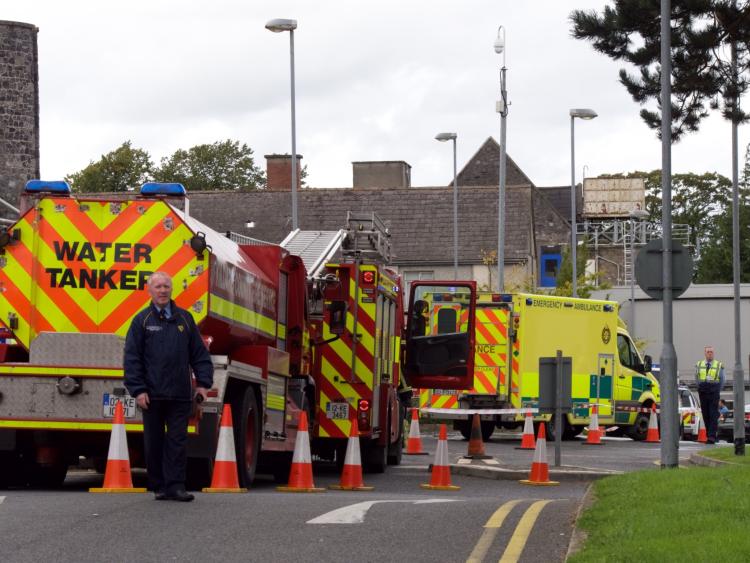 UPDATE 7.30am: The deceased has been named locally as Christopher Byrne (79) from Suncroft.

UPDATE 6.35pm: Investigations into the cause of the ambulance fire which claimed the life of a man today will focus on the possibility that oxygen stored within the vehicle caught fire.

The lunchtime blaze occurred after the vehicle arrived at the Accident and Emergency Department of Naas Hospital, which treats nearly 30,000 people annually.

One was stabilised at Naas Hospital initially before being brought to St James’s Hospital in Dublin and is likely to be discharged soon, perhaps tomorrow.

The second staff member was allowed home this afternoon after being treated in Naas.

Tony O’Brien, Director General of the Health Service Executive, said both ambulance staff were injured as they attempted to save the patient.

He said the man’s death was a direct consequence of the fire and he sympathised with the victim’s family and said the staff at Naas did everything possible to save him as did the ambulance personnel.

“This a very tragic loss for his family, our sympathies are with them and they appealing for privacy,” Mr O’Brien said. He met with relatives of the deceased this afternoon. 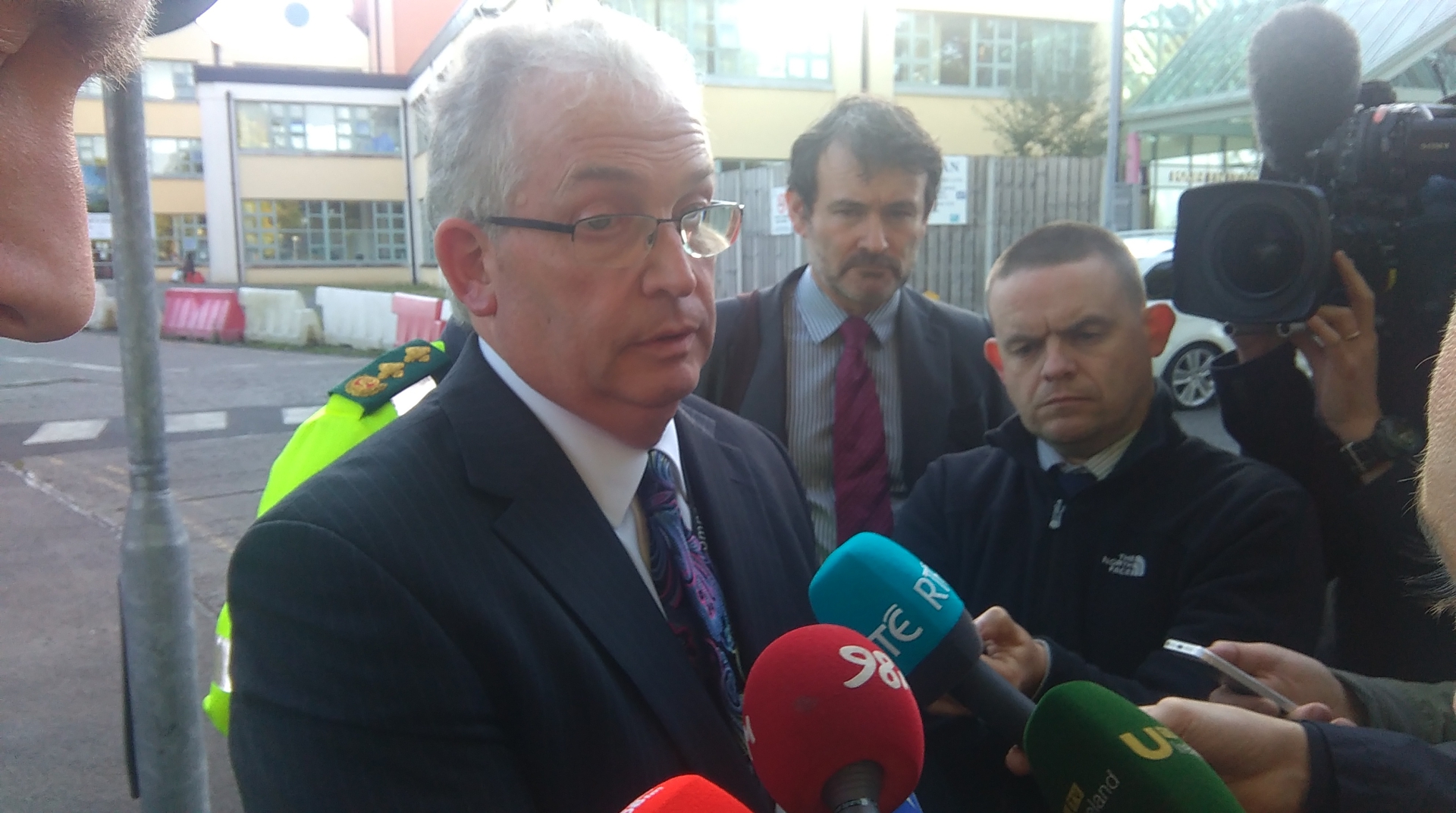 Tony O'Brien, director general of the HSE, speaking to reporters outside Naas hospital

As a result of the fire it was necessary to close the A and E which remains closed and to suspend outpatient services, which will resume tomorrow.

It’s possible the A and E will reopen tonight.

“There is a full investigation underway by the HSE, the Health and Safety authority and the gardai. It appears the fire started towards the back of the ambulance and that it was not related to the engine. We are focusing our actions on the possibility it was an oxygen-related incident.”

The ambulance was less than a year old.

Mr O’Brien said a safety action notice has been issued to all ambulance personnel requesting them to be vigilant.

A service of checks will be carried out on all ambulances equipment.

“This is a very serious incident and I wouldn’t like to downplay it in any way,” he added.

It emerged that the fire started as a small explosion after the tailgate the hoist at the back was lowered and ambulance staff entered the vehicle.

The ambulance was destroyed in the blaze.

UPDATE 5.35pm: the A&E was still closed there was still a strong security presence at the hospital and technical experts were still examining the scene of the incident.

A man has died following a fire at Naas General Hospital this afternoon.

An ambulance technician was also injured in the blaze. The Leader understands that the technician is being treated at St James's Hospital in Dublin.

The freak incident occurred when an ambulance vehicle caught fire outside the hospital building, close to the Accident and Emergency Department which was then was closed to the public.

It's understood the ambulance vehicle caught fire at lunchtime and there were two occupants in the vehicle at the time.

There was a partial staff evacuation of the hospital. 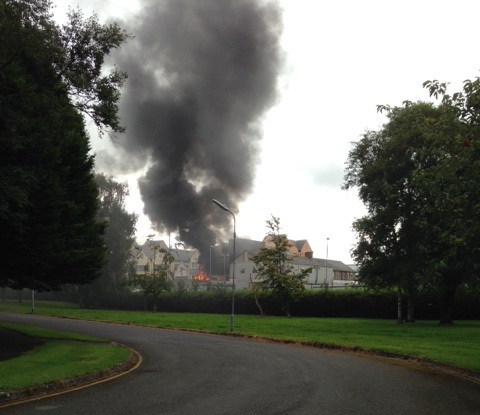 A photo of the fire at Naas Hospital this afternoon, taken by an eyewitness

Some staff members, mainly porters,  were deployed to entrance points to advise visitors that the hospital was not accessible.

Among those turning up were people to collect patients being discharged as well as out patients on pre-arranged appointments.

Members of the public were not allowed to enter the building and the area outside and Accident and Emergency Department was cordoned off with plastic tape.

A fire tender was stopped outside the A&E and a short distance away water was visible on the car park surface.

There were five ambulances at the scene.

The HSE confirmed in a statement "that following a serious incident at Naas General Hospital, the Emergency Department has been temporarily closed. The National Ambulance Service (NAS) has implemented appropriate diversion protocols and patients are being taken to alternative hospitals. The NAS has informed both the Health and Safety Authority (HSA) and An Garda Siochana and a full investigation is underway into the incident.