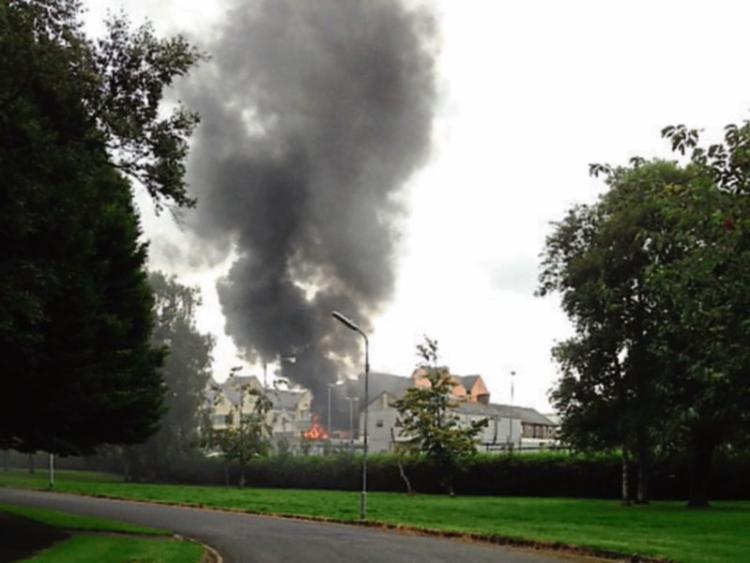 A view of the fire. More pictures to follow

Naas General Hospital was closed to the public this afternoon following a freak fire incident outside the building.

It's understood an ambulance vehicle caught fire at lunchtime.

It was not immediately clear if there were any casualties as a result of the incident but initial unconfirmed reports suggested that two occupants of the vehicles were injured.

There was a partial staff evacuation of the hospital, which covers Co Kildare and West Wicklow and treats about 27,000 people annually.

Some staff members, mainly porters,  were deployed to entrance points to advise visitors that the hospital was not accessible.

Among those turning up were people to collect patients being discharged as well as out patients on pre-arranged appointments.

Members of the public were not allowed to enter the building and the area outside and Accident and Emergency Department was cordoned off with plastic tape. A fire tender was stopped outside the A&E and a short distance away water was visible on the car park surface.

There were five ambulances at the scene. 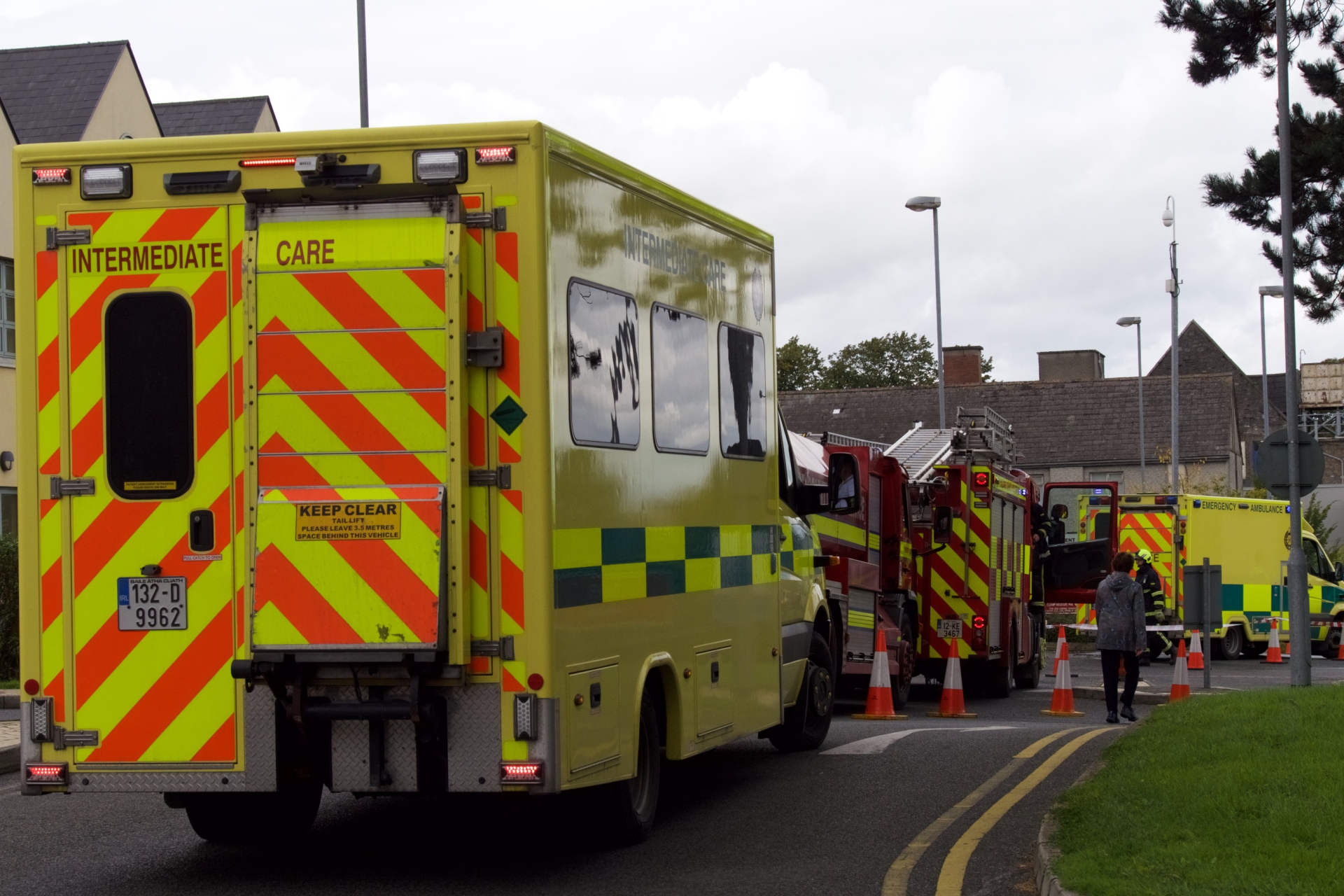 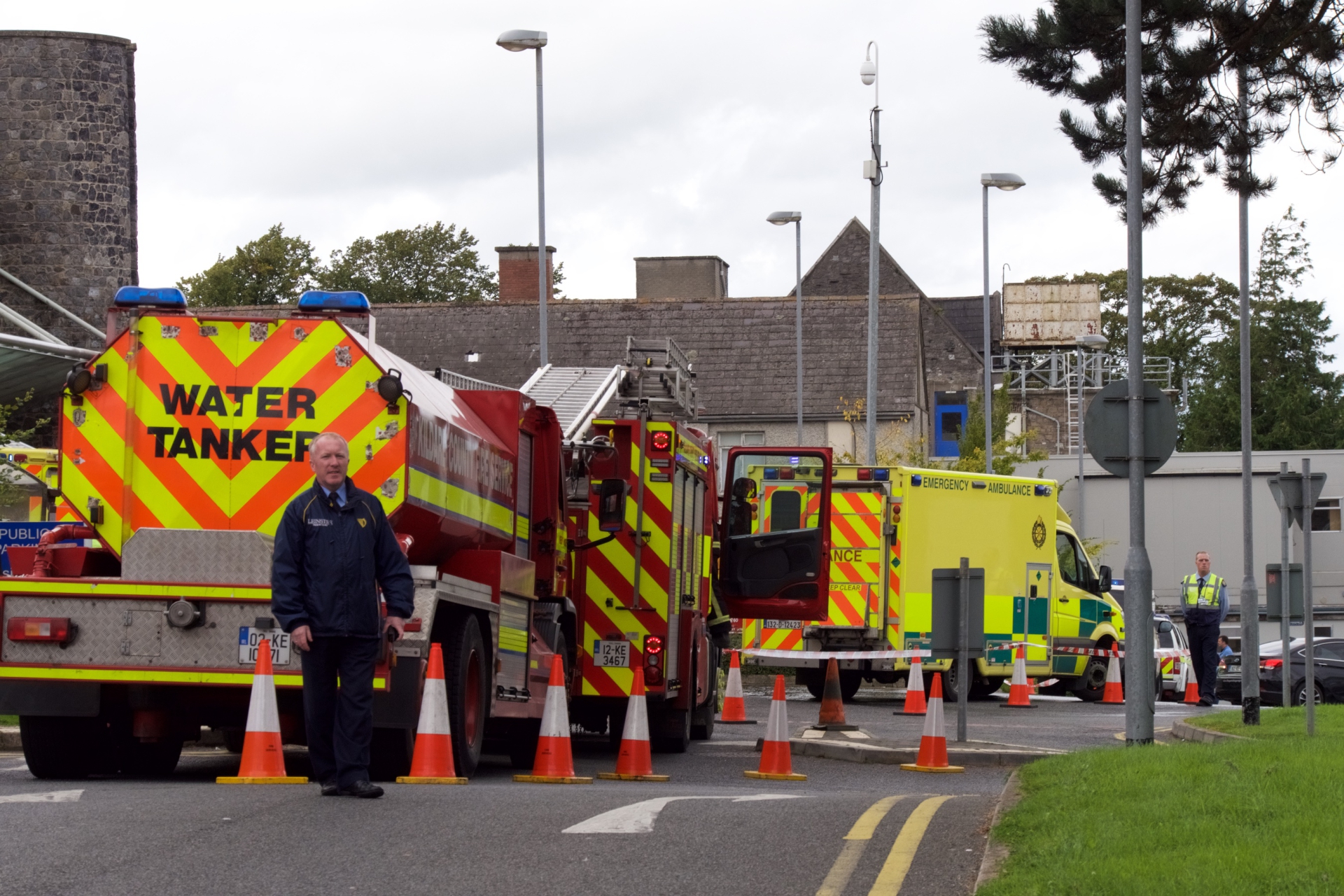