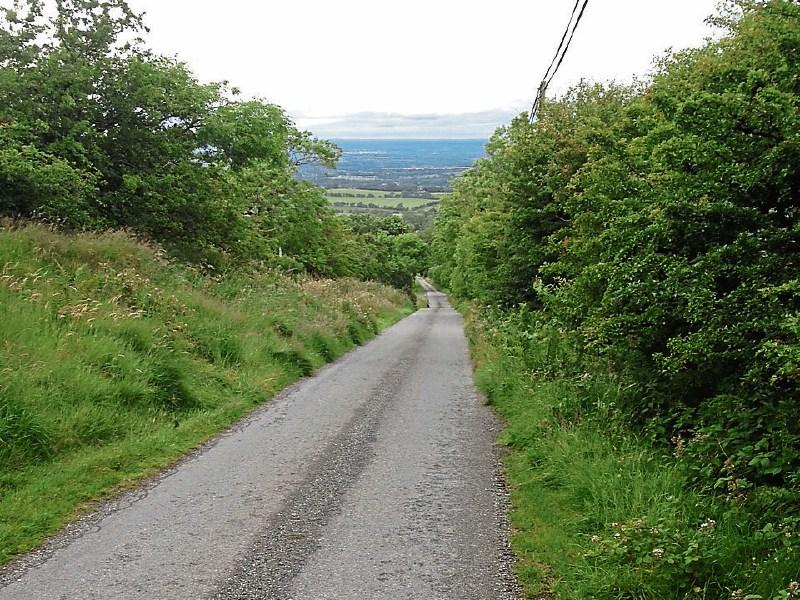 The fine view over Kildare from the top of Cupidstown Hill

Anybody on two wheels knows that Kildare is not flat, but are there any really challenging climbs?

Well, yes and no.

There is nothing in this county to rival what’s across the border in Wicklow. And we’re lucky to be so close to such an array of mountains. But sometimes you don’t have the time to set off for a day of traversing the Gaps, but you’d still like a bit of an uphill struggle.

So below are my top five climbs in Kildare — these are purely subjective, the ones I find toughest. They may be too easy or too tough for you but for a middling weekend warrior they do the job. I won’t give you detailed directions to any of these because Google maps and Strava will do a far better job for you.

In order of difficulty:

This for me is by far the toughest. Many of the longer climbs in Kildare let you off the hook a little, give you a chance for a breather at some point or other but Cupidstown does no such thing. It’s a climb of 1.6km with an average gradient of 9%. And it gets steeper the further up the road you get, rising to 17% near the top. Once at the summit stop for a drink of water and enjoy the spectacular view over Kildare. This is the highest point in the county and you will have earned the right to pause there given the effort of the previous few minutes.

This is the only Kildare climb where I genuinely feel I have to hop off. I, ahem, cough, did that once at the 17% point. Getting clipped back in on that sloped and making it to the top was no easy feat I can tell you. Next time I did what it took to get up there and there was a nice sense of accomplishment on reaching the crest.

2. Cromwellstown, near Kilteel, just inside the Dublin border

The sister climb of Cupidstown, this is a testing one because it really starts when you pass PDM and continue on to the Kilteel crosswords. Once past that cross, the gradient is gentle enough. Then there is a lull, then the road shoots up to 15%. You will feel the pain here, but the lull has given you a chance to recover before this big effort. The hill turns left and it’s far more forgiving as you approach the Dublin border.

3. Tipperkevin, left off the road from Eadestown to Ballymore

Stava have this one named as the ‘Walshetown to Glenmore’ segment. The climbing begins on the road from Eadestown to Ballymore but after you take a left off this route it gets more intense. This climb of over 3km would have been higher up but for the little break it gives you before it gets properly steep. It reaches 15% and it’s a quiet road with a lot of mud on it — when it’s been raining your back wheel will spin here if you’re out of the saddle. From the 2km mark the gradient calms down a little but you will still know you’ve been in a fight by the time you reach the top.

This one is quickly accessed from Naas, Johnstown and Kill and it’s a decent test at 2.5km. What makes it less challenging is the average gradient of 5% and standard Kildare lull in the middle. But what gives it presence is the way to rises to 12% near the end. Should you choose to turn around and head back towards Rathmore afterwards you will be rewarded by an enjoyable descent.

I was keen to have at least one on the list that wasn’t a Kildare road kicking up towards the Wicklow border. This one got the nod over the hill by Colbinstown Stud, probably because that one was too close to the border. So we’re going with The Wall, though I think it can be oversold somewhat.

A lot of people will have encountered it on the Tour of Kildare when they have some 80km in the legs already. Taken in isolation, it’s steep, but relatively short.

Keep it handy at the start, and in the middle. If you do this it won’t be long before you’re over the top and descending towards Kildare town and the flat Curragh plains.