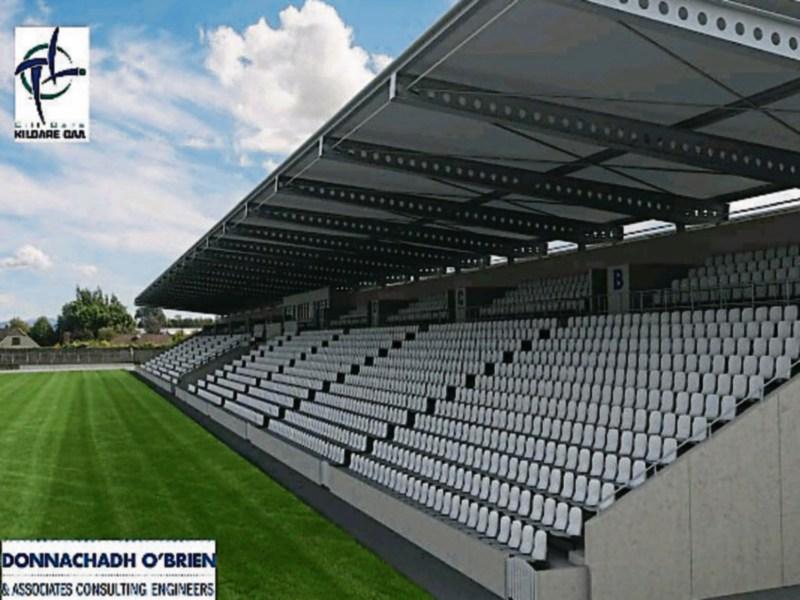 The news that St Conleth’s Park is to be redeveloped was met with much relief, some joy and more than a few shouts of “about time”.

The picture you see at the top of the page, of rows of bucket seats, is widely deemed to represent the minimum level of comfort that paying spectators should be afforded.

I’m not so sure about that.

Before I go on, I’ll make the point that the sensible part of me said, “don’t write this, you’ll come across as grumpy and anti-progressive”. But you can add opinionated to that list, because in this case, as in many others, I can’t help myself.

We all have our hobby horses, and sitting down at matches is one of mine.

I cannot understand any able-bodied person who wants to sit down when they attend a game. Slothful is too strong a word, but it's certainly too passive for sport. And it turns out to be quite bad for you.

This “minimum level of comfort” argument is undermined by the fact that has come to light in recent years - that all of this sitting down is literally killing us.

One report in the Annals of Internal Medicine showed that those who sat for prolonged periods of time had a higher risk of dying from all causes - even those who exercised regularly.

Most of us today sit for prolonged periods: at work, in the car/bus/train, watching TV, eating lots of grub. The last thing we need is to swap the couch for a bucket seat.

You’ve made the effort to get off your ass and go to the game, so why not stand up for a couple of hours? It’s more enjoyable anyway. You feel more engaged, you can move around and talk to different people and, if it’s winter, you won’t be as cold and exposed as you are on one of those seats.

But, you might say, at the new St Conleth’s Park you will still be able to stand - on any one of three sides of the ground. That’s true, but you won’t have shelter unless they built a roof over one of those three sides.

I’ll admit that St Conleth’s Park is not an example of gleaming, modern-day stadia. It won’t make the longlist for any Croke Park brochure seeking corporate sponsorship while selling a slick, 21st century image.

Yet one thing I’ve always liked about St Conleth’s is that you can stand up in shelter and have a fine view at the same time (so long as you avoid the pillars). Usually when you stand at a GAA match you are uncovered and possibly at one of the ends of a pitch.

In Newbridge, though, you’re covered, upright and can be close to the 65s — the best of every world as far as I’m concerned.

In future, to get the same view, you’ll have to risk getting wet or else sit down.

These, I realise, will be dismissed as petty gripes and unrepresentative of the greater match-going public.

And, to be fair, the GAA is one of the few sporting organisations that allows its patrons to stand up for big games, up to and including the All-Ireland final.

If Croke Park was a soccer or rugby ground the Hill would have been seated long ago. The GAA are commendably mindful of those who want to stand and/or pay less to go to a game.

Fans of top flight soccer clubs in England would love to have that facility — the strength of the Safe Standing campaign and the practice of the more traditional fans continuing to stand in front of the seats they have been forced to buy is testament to that.

Of course, we don’t have the same terrace culture in Ireland — yet there are a few of us who consider the minimum level of comfort to be nothing more than a decent view of the field with a roof overhead.

Hopefully we will be accommodated as grounds around the country such as St Conleth’s Park get “brought into the 21st century”.

And who knows, maybe we are not that old-fashioned - if the health experts are correct, there is more of a future in standing up than in being sat on your rump.