Protesters join in march in Dublin 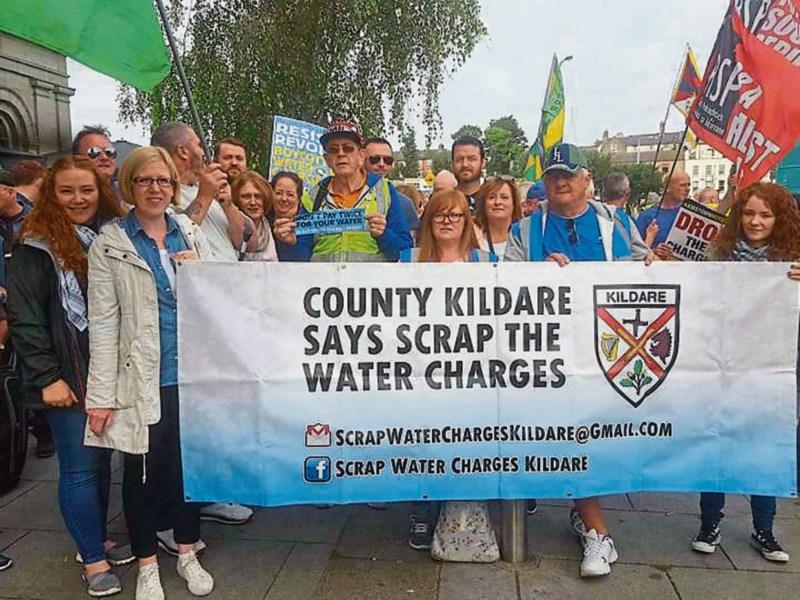 Protestors from Kildare town, Newbridge and Kilcullen joined Scrap Water Charges Kildare and thousands of others at Heuston Station in Dublin on Saturday September 17 to march in the eighth Right2Water and Right2Change march through Dublin city to St Stephen's Green. They went to protest against the suspended water charges and what they claim are the continuous austerity measures the government keeps imposing on the Irish people. There were many speakers on the day including Right 2 Water's Brendan Ogle, who demanded water be paid for, as it has been in the past, through general taxation.