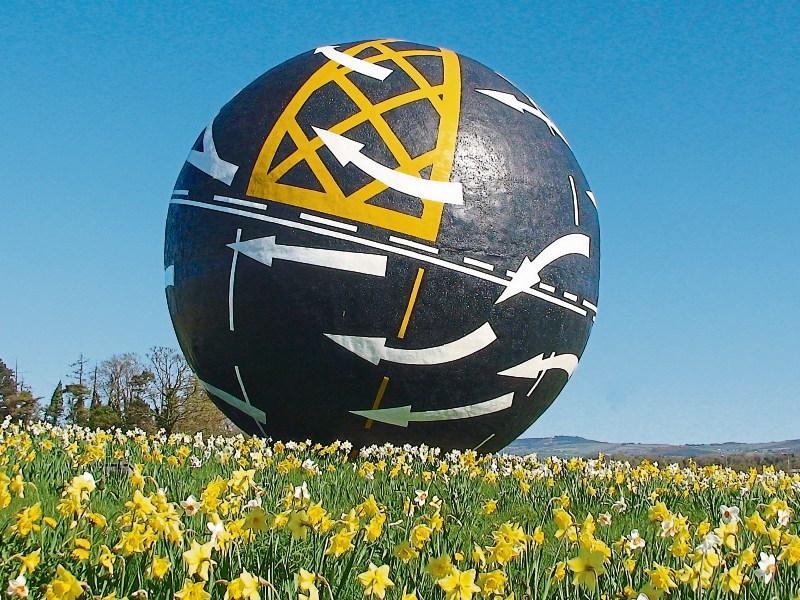 The big ball at the M7 motorway

VILLAGERS in Johnstown village are “hitting a brick” wall when it comes to try and get noise from the motorway reduced, Kildare County Council has heard.

At the Council’s September 19 meeting, Cllr Fintan Brett said that tests done by locals had shown the noise  on the M7 to be above the permitted levels.

He proposed that the Council that the members support the residents of Johnstown Village to have noise suppression barriers from Johnstown to the Big Ball roundabout included by Transport Infrastructure Ireland (TII) and Dept of Transport in their tender documents for the upcoming N7/M7 upgrade works.

Director of Services, Niall Morrissey, told the members that this request will be forwarded to TII for consideration.

Cllr Brett said the issue has been an ongoing one for the Johnstown Community Association, the umbrella body for the grounds.

He said the residents had got professional tests down and the levels were above those committed for the motorway.

The residents had come up against a brick wall with the National Roads Authority. “The TII are totally refusing to engage with us," said Cllr Brett.

Cllr Mark Lynch said there was a similar problem at Great Connell, Newbridge. “They can get no response either."

Cllr Reada Cronin said they could include the M4.

Mayor, Ivan Keatley, said he suspected it is an issue in the Athy area, as well.