Mayo can beat Dublin and end 65-year wait for Sam 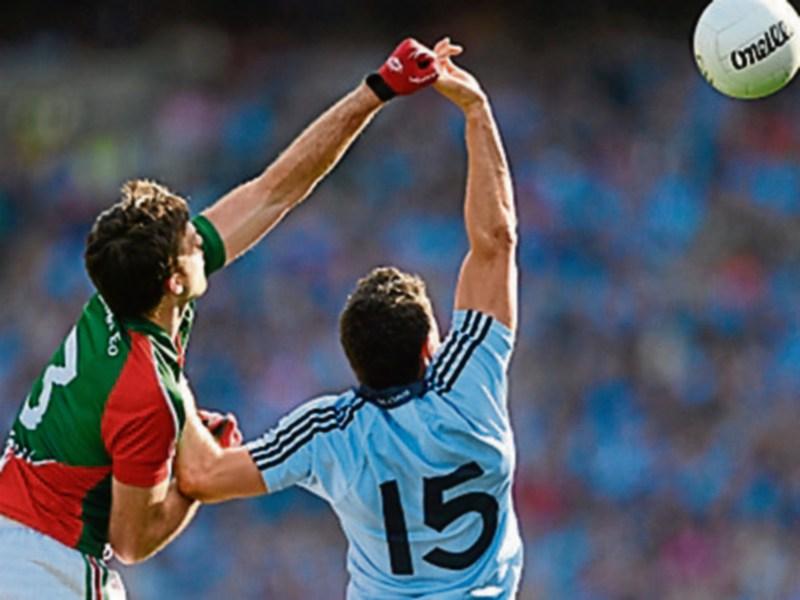 Mayo can rise highest this Sunday

All-Ireland football final Sunday is perhaps the biggest annual date in the Irish sporting calendar. It doesn’t matter if your county is not involved — and this one hasn’t been in 18 years — anybody with as much as a passing interest in sport is likely to tune in on Sunday.

Though if you are looking for a local angle, plenty of Kildare residents have a dog in this fight — the migration from Dublin has long since spilled over the border into Co Kildare. This will be evident by the scores of blue jerseys waiting on buses and trains into the city centre on Sunday morning.

And there are numerous Mayo people here. Is there a more dispersed Irish tribe than the green and red one? Anywhere in the world where there is gainful employment is likely to have a Mayo Association — or at least a bar where the faithful gather to watch the team they support so passionately.

And of course they have had a lot more heartbreak than joy in All-Ireland finals and the consensus is that this will continue on Sunday.

But we’re going to make a prediction that is likely to be met with some ridicule: we believe that this is first year since 1951 that Mayo will Sam Maguire.

But-but ... Haven’t Mayo stuttered to a final in a most unconvincing manner? Did Dublin not confirm their greatness with a breath-taking semi-final victory over Kerry in one of the finest games seen in Croke Park?

Well, yes and yes. Yet while there is a gulf between the form of Dublin and Mayo, we believe they are quite evenly matched when it comes to class.

This Mayo side do not fear Dublin. They beat them in the 2012 All-Ireland semi-final.

And you could make a compelling argument that Mayo beat themselves in the 2013 final, when Dublin left Croke Park with Sam on their bus.

Likewise, last year Mayo had the better of Dublin for much of the semi-final and the replay of that game last year. Dublin eventually won and, due credit to them, were the stronger side ultimately, but they were by no means markedly superior to Mayo.

The sides that will line up on Sunday are, give or take, staffed by the same men as from 2015. Mayo have not over the course of a year regressed as footballers, nor have Dublin become much better.

Yet sometimes you can get that impression. The phrase “team for the ages” may as well have been stitched into the blue jerseys since the Kerry game, we’ve heard it so often. Dublin are a grounded and professional bunch, but they are also human and that level of congratulation may blunt their edge by the tiniest fraction. Their coronation has come too soon.

And Mayo, well they always seem to enter finals with wagonloads of expectation hitched to their engine. This is our year!

Again, they are a grounded and professional bunch but not no man can completely detach himself mentally from his environment. That level of pressure must get in on you at some level.

And that level of pressure is not so evident this year, largely due to their patchy play. But their pedigree remains and we expect a more clear-eyed, clinical and controlled Mayo side than seen in previous finals to take the field on Sunday. And we
expect them to get the job done.