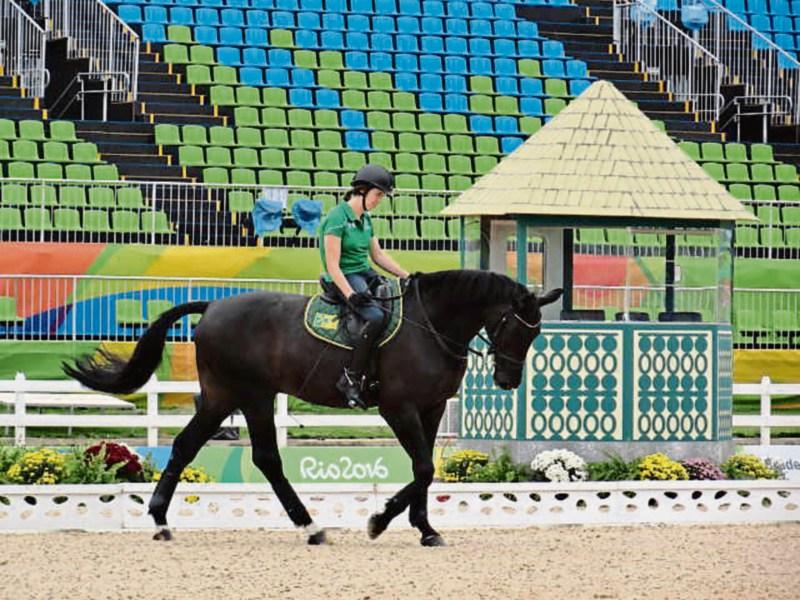 Dunlavin's Helen Kearney had a disspointing day in the dressage arena in Rio yesterday.

Competing in the Grade 1a Individual Championship test, she scored 68.870% in an event in which she won silver in London 2012. However on this occasion she finished in 12th place.

Helen – who has changed her horse since London 2012 and has been working with new mount, Rock and Roll 2, for two years – needed a score of 73% in order to make the podium but there was double disappointment because she also needed a 70-plus score to have a chance of making it into today’s Freestyle competition.

Only the top third of the field - on a combination of yesterday’s individual championship scores and the riders’ mark from the earlier ‘team’ championship - qualified for the freestyle,

Having also scored 68% in the team competition, the 27-year-old from Dunlavin needed a dramatic improvement but it just wasn’t her day.

“I’d have loved to make the Freestyle but I think, after the first day, I had to manage my expectations and knew I wouldn’t quite make it,” she said.

“Overall I’m really pleased with the horse and how it went today but just disappointed with the score. I’d have loved to have done a bit better for myself and for everyone at home as well, but it obviously just wasn’t my Games this time.”