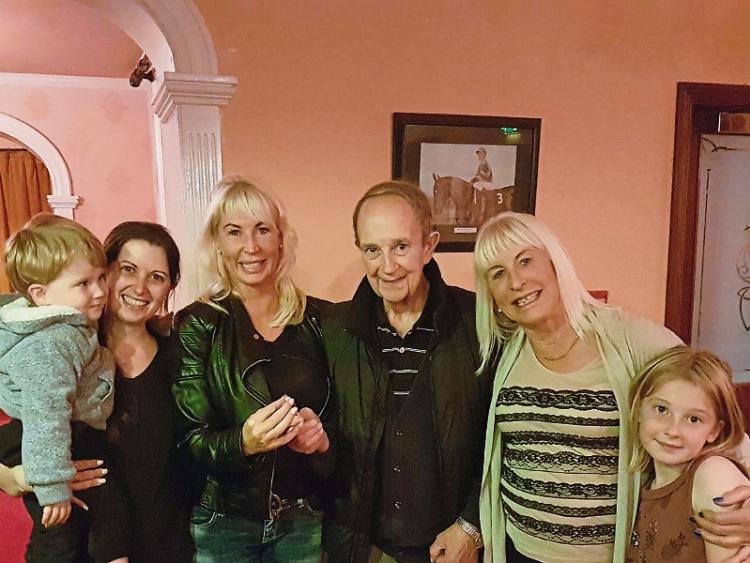 It was the end of the era, and the beginning of a new chapter in the history of Lumville House last weekend, as Michael Lambe handed the keys over to new owner, Tara Weston.

It was a bitter sweet moment for Michael, who has been a bar man for 59 years - 19 in Dublin and 45 at Lumville. He praised all the staff, customers, and neighbours at the renowned Curragh venue. He said he enjoyed his time there immensely and raised his family with his late wife Nuala.

“I want to thank all the staff, who stayed with us for many years with generations of the same families taking up roles at Lumville such as the Lynches and the McDonalds. I want to also pay tribute to the customers, they weren’t just customers to us, they were friends. Anyone who had a family occasion with us returned again and again to celebrate their special moments with us,” he said.

“Thanks to all the wonderful neighbours. It was more than just a pub to us, it was a family home which gave us so many happy memories.”

Michael said he was going to enjoy his retirement living in Monasterevin where he can overlook the canal, reminding him of his time working in Dublin. He is looking forward to spending time with his grandchildren and visiting family in America.

“The Lambe family would like to wish Tara and her family the very best wishes for their future in Lumville House. We only hope that they will have as happy as family/business life as we had in Lumville,” he said.