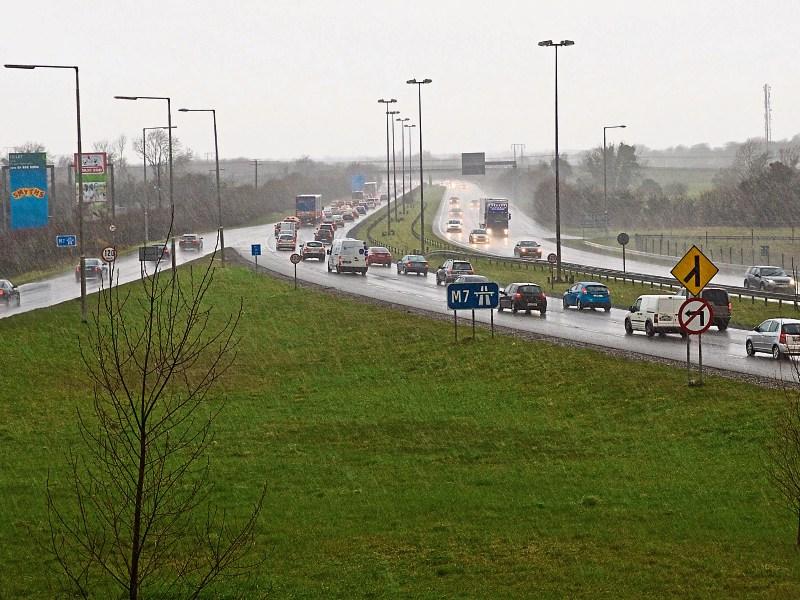 Part of the solution to this constant issue in Kildare is the M7 road widening project (along with the Osberstown Interchange and Sallins Bypass), where the road would be changed from a two-lane to a three-lane highway from Naas to the M9 turnoff close to Kilcullen. You might logically think these works - which were given the green light by An Bord Pleanala last September - would go a long way toward solving traffic problems.

That may not be the case.

There is interesting evidence to suggest that more lanes equal reduced traffic. And instead there is a perfect one-to-one ratio - i.e. if a city increases its road capacity by 10 per cent, traffic then increases by 10 per cent and so on.

So basically, you can build more roads, but more cars will just appear to fill them.

It doesn’t sound logical, but the study done by two professors at the University of Toronto (Gilles Duranton and Matthew Turner) claims to be “the most comprehensive dataset ever assembled on the traffic impacts of road construction”

Strangely, the ratio also works in reverse - if you reduce capacity by say, five per cent then the traffic reduces by five per cent.

Where do the drivers go? Some use public transport, some cycle or walk, some don’t make the journey at all.

And why do more roads equal more traffic? It’s what economists called "induced demand" - this is where if you increase supply, the desire to use this supply increases too.

Essentially, people like moving around. They have to do so for work and they are keen to do so too for things like shopping and socialising. And, according to the findings, if you give them an opportunity to use the roads more, they will fill them.

The professors even say there is no evidence to support what would seem like the common sense view that if you improve the supply, quality and price of public transport, less people will use their cars.

In short, if you build the roads, the cars will follow.

Their solutions to the problem are not popular: Congestion charging, higher parking fees and tolling for roads use during peak times are the most effective way to create a more even use of the roads, or dissuade some people from taking journeys at all.

That’s what the data says, but data doesn’t vote, people do - and they won’t vote in large numbers for anybody who suggests any of the above. Who wants to pay for something that is now free?

You can see this pattern playing out locally with the conflict between the (unelected) NRA and local politicians who have to answer to the public. Projects like the Poplar Square redevelopment in Naas (where there would be priority for buses, pedestrians and cyclists) do not sit easy with all of the councillors.

In the end, we will get our widened M7. It is due to start by the end of 2016 and take 28-34 months to complete, so do the maths and add a few months/years if you are of a cynical disposition.

But will it make life easier?

Well, the Newlands Cross flyover was to solve every traffic problem known to commuter-kind, but what has happened? The traffic into town is now more dense around the Naas Road and Long Mile Road and Inchicore.

And coming home? The flow used to be staggered, but now the cars and lorries charge down the N7 until three lanes become two around Naas and then the build up starts and doesn’t take long to jam it’s way back to Kill and beyond.

Three lanes won’t likely solve this problem entirely - just kick the traffic jam down the road to the M9 turnoff, where two lanes will commence. Then that queue will stretch back past Naas and beyond and the campaign for a third lane to Kildare town will begin - and by that stage there will be an obvious need for four lanes around Naas due to the volume of traffic and exits there.

And so on. It will never stop.

More and more, the idea of proper town-to-town cycling infrastructure - separate from traffic - appeals. Just like roads for cars, if you put down that tarmac, people will make use of it.