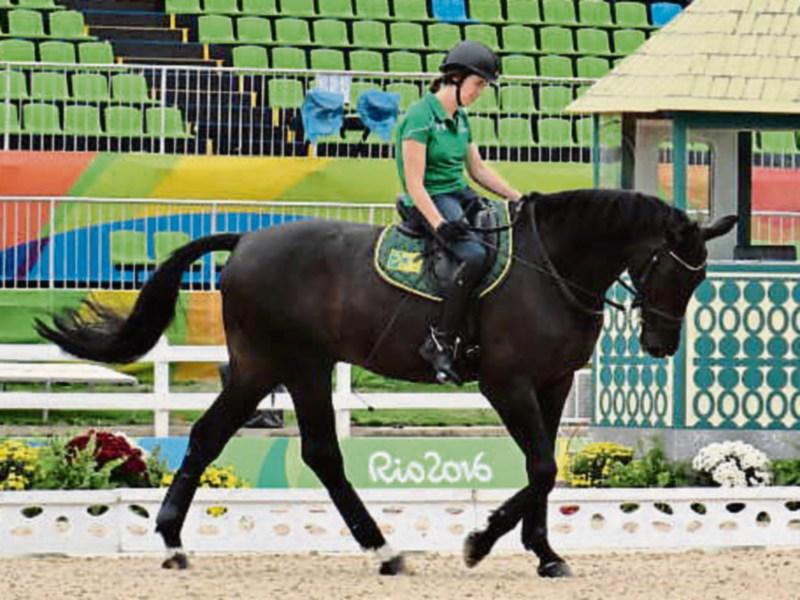 Dunlavin's Helen Kearney is back in action at the Paralympics in Rio today.

She will compete in the Grade 1a Individual Championship at 4.45pm Irish time.

Helen took part in the opening round of the Grade 1a dressage competition under the searing heat of the Brazilian sun on Monday. Speaking after her performance in the Team Test, the Dunlavin woman felt that she (and horse Rock and Roll 2) had performed better than their opening score of 68% in Rio indicated, which ultimately left her 20th in the 25-rider field.

Today's event is a stand-alone competition in which she won silver in London 2012. Monday's score, combined with her result today, will decide if she also makes the top third of the field who will then contest the separate Freestyle Competition.

Elsewhere yesterday, Kilcullen Cycling Club member Ciara Staunton finished 11th in the Women’s H1-3 Time Trial in a time of 45.28.69 behind eventual winner Karen Drake who finished with a time of 33.44.93.

Sean was competing in his third event, the R6 50m Rifle Prone. Baldwin finished in 29th place with a score of 605.9 as a fourth round of 99.3 saw him drop down the rankings after he recovered from a poor opening round of 100.6. Only the top eight from the qualifier progress to the final.

An upbeat and positive Baldwin explained “The heat was up, the wind was up and my form was up as well. It mightn’t look like it on the scores but I really shot some great scores today. I got caught out a few times on the wind but I felt really good.” Reflecting on the Rio Paralympic Games Sean explained “This is what it’s all about, every four years the games come around and to represent your own country at these events is amazing”.