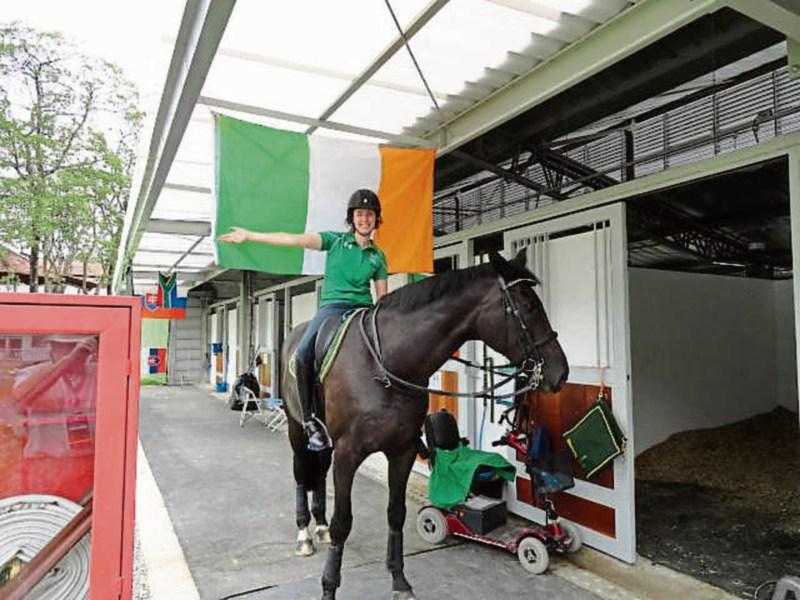 Dunlavin rider, Helen Kearney has been reflecting on yesterday's performance in Rio.

Helen competed in the opening round of the Grade 1a dressage competition under the searing heat of the Brazilian sun. Speaking after her performance in the Team Test, the Dunlavin woman felt that she (and horse Rock and Roll 2) had performed better than their opening score of 68% in Rio indicated, which ultimately left her 20th in the 25-rider field.

“I was happy with how the test went. A few little things could have been better but every dressage rider feels like that," she said. "I felt it was a good solid performance so I'm a little bit disappointed with the mark and where I'm lying at the moment, I thought it would score better than that. But sport is sport, one day you're up and the next you're not.”

Kearney competes next in the Individual Championship on Thursday, which is a stand-alone competition in which she won silver in London 2012. Yesterday's score, combined with her result on Thursday, will decide if she also makes the top third of the field who will then contest the separate Freestyle Competition.

Elsewhere yesterday, Newbridge para shooter Seán Baldwin was competing in his third event of the games – the R750m Rifle 3 positions qualifier. Ranked 22nd at the end of the Kneeling position round, Baldwin marginally improved his position in the in the remaining Prone and Standing positions to finish in 20th position, outside the top eight places who automatically qualify for the final.

Speaking afterwards, an upbeat Baldwin stated: “Today was a hard start, kneeling was a little tight, I found it very hard to get to the centre. My prone was very strong, it was excellent but standing again I struggled to hit the 10. I am really enjoying the day and looking forward to Wednesday.”

Kilcullen Cycling Club member, Ciara Staunton, who is originally from Baltinglass will be in action in the road race cycling time trial tomorrow at 12 noon Irish time.