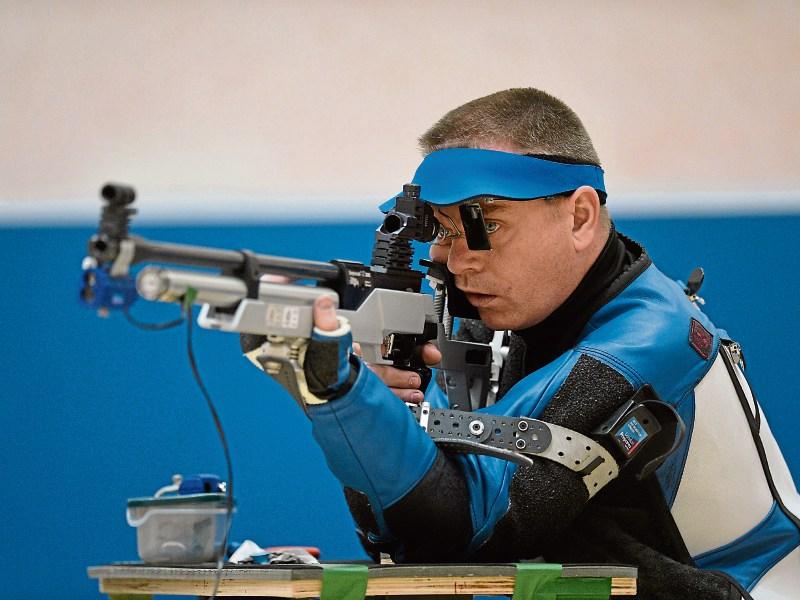 Newbridge's Sean Baldwin put yesterday's disappointment of not qualifying for the final at the Paralympic Games behind him as he focused on his upcoming events.

The shooting competitor was in action yesterday in his qualifier of the R1 10m Rifle Standing. Sean recorded a total score of 598.9 and finished 19th out of 43 competitors. Only the top eight progressed through to yesterday evening’s final. Afterwards, Baldwin said he is looking forward to competing in the R3 Mixed 10m Rifle Prone Qualifier on Saturday at 1.30pm Irish time. He will be hoping to make it through to the final at 3.45pm.

On Monday 12, he will be back in action again as will Helen Kearney from Dunlavin who competes in the equestrian Grade 1a Team Test at 5pm. She is also due to line out on September 16. Sean is also set to compete on Wednesday 14 along with Ciara Staunton of Kilcullen Cycling Club. She will also line up in the cycling road race on September 15.

Elite wheelchair racer, Patrick Monahan from Caragh will be competing next Wednesday 14 hoping to make it through to the final of the 800m on the 15. He is also due to race in the marathon on September 18.

It's day two at Rio today and there are no local athletes in action today.