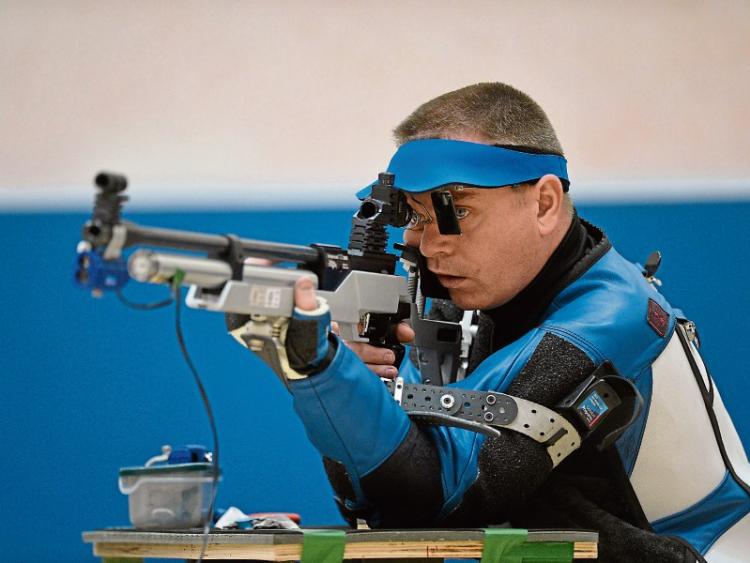 Newbridge man, Sean Baldwin will be action today at the first day of the Paralympics in Rio.

Sean will be setting out on the firing range at 4pm Irish time and is expected to make it through to the final of the R1 10m Rifle Standing compeition at 6.30pm.

This is Sean's second Paralympics.

Since London 2012, he has continued to compete in European and World championships, and kicked off 2016 by taking part in the IPC Shooting World Cup in the United Arab Emirates. He is also due to compete on September 10, 12, and 14.

Sean lost his leg after as a result of a horrific road accident in Liberia in 2003 while serving with the Irish Defence Forces. The driver lost his life in the incident.

“Not only did Sean overcome those fears, but he possessed the resilience to recover and become the best at a core military skill. He is a true Olympian and someone we, in Óglaigh na hÉireann, are very proud of."