Pressure on Main St and 'you can't say that' 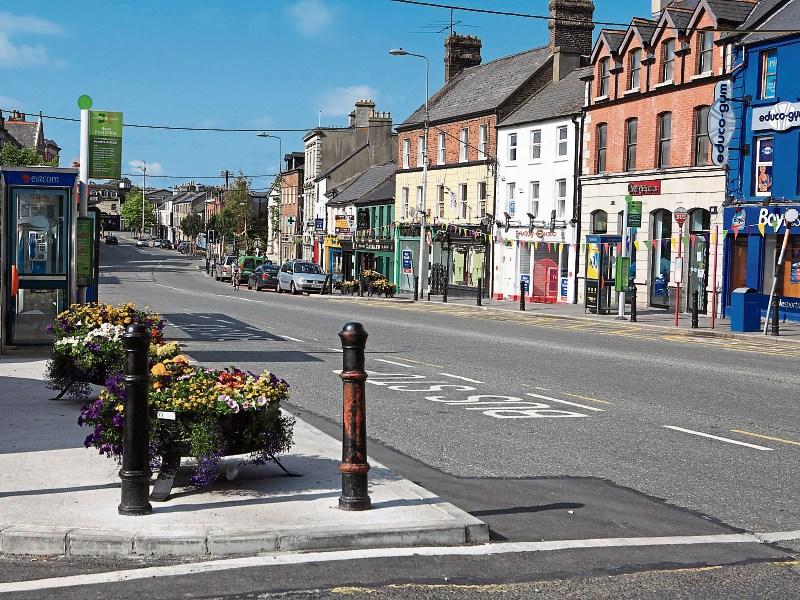 Most newspaper columns leap from hobby horse to hobby horse, week after week, but it’s a rare edition that you get to saddle up on two in the one go... so here goes.

Issue No 1: the pressure on town-centre businesses.

Conor McHugh recently wrote a column here, the title of which was ‘Less whinging and more listening to customers’. It drew some response, especially when it was published online.

Some of the reaction was of the “you-can’t-say-that” variety.

I disagreed with much of what Conor said, and told him so. He wrote that town centre businesses need to be light on their feet so they are always offering something “unique” to customers. That’s a fair point. It is far easier said than done, though.

I have a certain amount of authority on this topic — more than I would like — in that my own family’s town centre business shut up shop more than 20 years ago. A store that had provided a decent income to our household for years could not go on and the reason for that, to simplify matters, was that the conditions that allowed it to flourish changed quite dramatically.

It’s said in the aviation world that planes don’t crash because something goes wrong — they crash because a number of things go wrong at or around the same time. In our case it was the following: fast-rising rents, recession, high interest rates — borrowing money was hugely expensive then — and, crucially, new and more intense competition.

Nowadays most of the small traders that were operating there (Cork city centre) at the time have gone. The ones that survived longer and those that are still open invariably owned the building — often it was in the family for some time. Not having to pay high rent removes a huge amount of pressure.

I’m not cribbing about any of this, incidentally. The world does not end because a business does, far worse things can happen. If anything, it was an informative lesson at a young age that you can be flying high in April and shot down in May; very little is permanent in this working world.

But when somebody says you have to adapt, well it’s what we already know, and not just in hindsight. When a tidal wave is about to crash onto the beach you're aware you must reach higher ground. Getting there off your own steam in sufficient time is another matter again.

All of the businesses that closed in Cork city centre and Naas and every other town weren’t all bad businesses with feet of clay. Many of them were highly profitable for years but ultimately succumbed to forces greater than themselves.

Such is life. You get back up and seek another way to pay the bills.

That said, if we want more thriving, independently owned businesses on our Main Streets — and we surely do — then we need to, as much as possible, create the conditions they require to prosper.

Some examples that would benefit Naas, as well as most other towns, would include:

* Offer new businesses a rates holiday for the first year (or even more) of trading. Offering a similar holiday on other taxes, VAT for example.

* Enforcing legislation to penalise landlords who leave units vacant. This might well encourage them to offer shorter and cheaper leases.

* Do whatever is necessary to dissuade private car parks from clamping.

There are many more examples. But despite a lot of rhetoric at national and local government level about encouraging local enterprise, there is not enough practical help given to those who want to trade in our town centres.

In short, if you do as much as possible to put in place the climate where independent traders can thrive, then they will give it a very good go.

… Now, hobby horse number two: while I disagree with what Conor wrote I will — to quote a famous newspaper man — die in a ditch defending his right to say it.

By all means, take issue with a column. Dismiss it as nonsense if you wish. Or, better, put forward a counter argument that you feel is stronger. But this form of ‘you-can’t-say-that’ reaction is narrow and regressive.

What should we have?

Newspapers that print only opinion pieces you agree with?

The silencing of anybody who challenges the consensus?

There is a reason everybody can express their thoughts on Facebook — sometimes with little in the way of nuance or manners. It’s because, within some legal parameters that are not always observed on social media, we’re lucky to live in a society where there is a great deal of freedom of expression. It’s a hard-won right but one that comes at the expense of people saying things which you will not agree with.

There are places where you could live where nobody is allowed to write anything of even mild contention.

Perhaps the you-can’t-say-that people would prefer life there — even if they’d have to close their own Facebook page for fear of offending anybody, ever again.

Or perhaps today’s society needs to be a little less sensitive and a little more tolerant of different viewpoints.

Our national discourse, which was supposed to be enhanced by modern communications, is veering towards how Chris Rock describes the audiences at American universities: far too conservative.

He added: “Not in their political views — not like they’re voting Republican — but in their social views and their willingness not to offend anybody.

“... You can't even be offensive on your way to being inoffensive.”