Facade to be kept for credit union in Newbridge 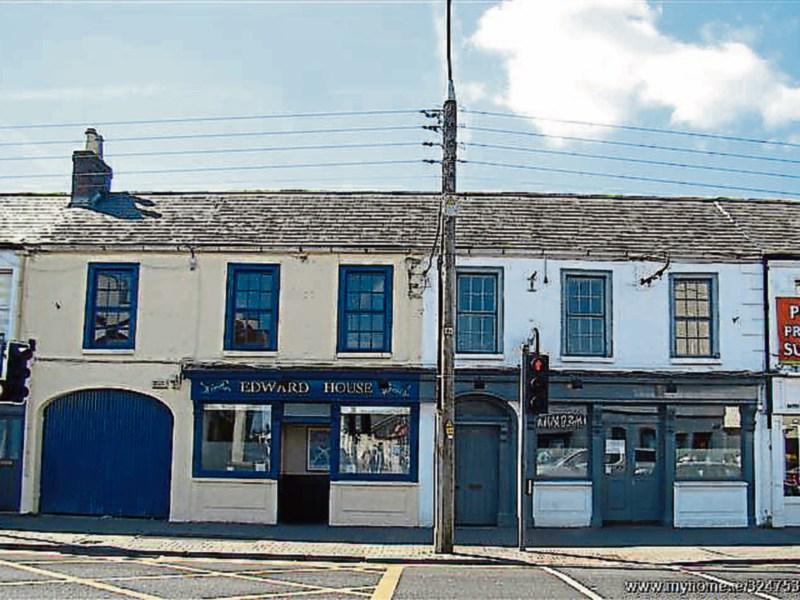 The former McCabe's pub. It's now proposed to incorporate the front facade into the new credit union branch

Naas Credit Union has ditched plans to demolish the historical facade of the former McCabes pub in Newbridge to make way for the new branch.

Instead, the revised plans will incorporate the Victorian frontage into the new design.

The council made the move after concerns were raised by Newbridge Local History Group, Newbridge Tidy Towns and many other locals.

Naas Credit Union paid €562,938 for the former pub on Edward Street and had hoped to open the branch by the end of 2016, however the planning process has been lengthy and this date may not be achieved.

The new redesign will probably cost more in the long run given that it is often cheaper to demolish and rebuild rather that working within an existing building.

This significant information reveals the roof slates will be taken down and reused.

Its proposed to retain the front facade while the rest of the building will be demolished.

The applicants point out there has been so many extensions and refurbishments over time, that none of the existing fabric of the building exists behind the facade.

The applicants have also carried out a “Salvage and Reinstatement of Character” study.

It's proposed to use the existing carriage archway as the entrance to the building.

The modern windows will be replaced with heritage sash windows.

The rear of the building onto Dawson Street has also been changed to provide a more contemporary elevation with car parking and landscaping.