Tough task ahead but Lilies are more than capable 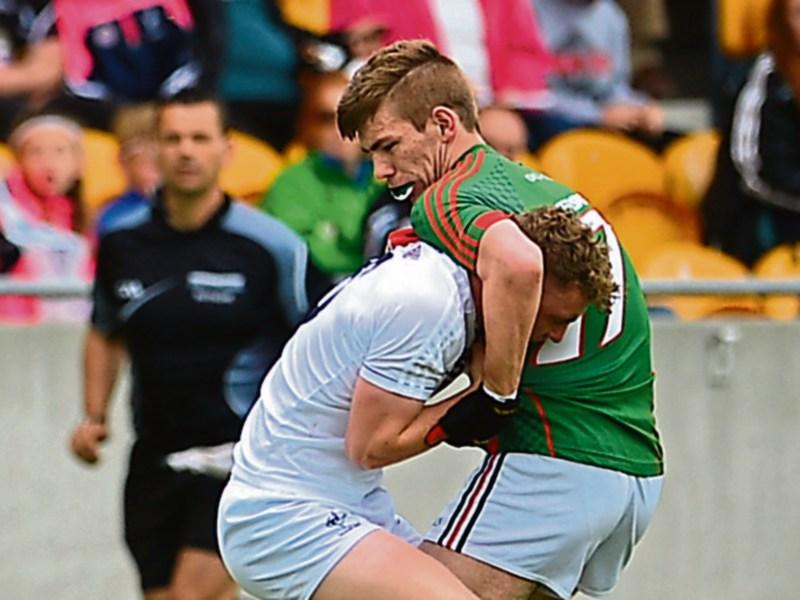 Kildare minor footballers are a mere sixty minutes away from booking a place in this year's All Ireland Minor Football Championship final.

On Sunday they head to Croke Park where they will come up against Kerry who are seeking a third minor title in a row.

To have even reached this stage is a major achievement by Kildare, but having contested the last four Leinster finals, winning three, it is now time to push on and book a place on the biggest day of football, All Ireland final day.

Huge credit has to be given to manager Brendan Hackett, his backroom team and all involved with The Lilies. Who would have imagined back in 2013 when Bryan Murphy led his charges to victory in Leinster that four years on the minor charge would still be rolling along.

Kildare, having defeated Westmeath in the Leinster decider came up against Mayo in the quarter final, a Mayo side that lost to Galway in the Connacht final.

It was a game that Kildare were hotly tipped to win and while they certainly did that there were many times in that game when victory was far from assured, despite getting off to a flying start with Jack Robinson finding the Mayo net after just three minutes.

I have to say, having seen all of Kildare's wins throughout this season, that win over Mayo was the least impressive. Hard to put one's finger on it but on that day they lacked that zip or something but they showed how decent a side they are when winning without playing anything to their full potential.

Nevertheless manager Brendan Hackett was more than pleased to advance to the semi final and a meeting with Kerry.

“Mentally I though they (Kildare) were very strong I think the black card on Jimmy Hyland was a wrong decision (the wrong man) but we stayed focused and I was very pleased with that aspect of the game, they played some intelligent football and I am very pleased for all the boys.”

Kerry as we said are seeking their third All Ireland minor title in a row, and this semi final will be their fourth in five years, an incredible position to be in. Former senior boss, Jack O'Connor led them in the last two seasons but he has moved on to the U21s and the Kerry minor boss now is Peter Keane, who insists that previous success is no guarantee of success this time around.

“This is pretty much a new team that want to write their own bit of history. What happened before counts for nothing at this level but we’re very hopeful that they can give a good account of themselves again this Sunday and give it their best,” he said.

The Kerry man's views on Kildare are much shaped by a challenge game the Kerry Minors had against Meath earlier in the year.

“Meath really impressed when we played them and I had them marked out as contenders for later on in the year,” he continued.

“To hear that Kildare had actually beaten them knocked me back a bit but when you look at Kildare’s record at Minor level in recent years it really shouldn’t be that much of a surprise.”

Looking at the game, Keane agrees that while the scoring totals that his side are putting up are very impressive, they need to be a bit tighter at the back.

“If you look at what Kildare have put up in their games so far, that’s enough to win a lot of matches. Both Derry and Cork scored high totals against us as well so while the forwards can get a lot of praise we cannot forget that our defence must tight up.”

It has certainly been a great season for the Kildare boys to date. From their opening game in Aughrim against Wicklow; that brilliant win over Meath (after extra time) in Navan to defeating Westmeath in the Leinster final, The Lilies have shown themselves to be a serious side.

They never conceded a goal in their Leinster campaign, yet against Mayo at times they looked somewhat vulnerable, a bit unsure at times conceding two goals but as manager Hackett pointed out the more a team advances at this level, the more the nerves kick in and of course the opposition is getting tougher and tougher.

Kerry will be going into this game as warm favourites to advance to the decider, a situation that certainly suits Kildare without question.

The Kingdom boys have in 16-year-old David Clifford a player who is already being referred to as another Maurice Fitzgerald. He will line out on the full forward line and has already scored 1-19 (6 frees) in this campaign.

Centre forward, Sean O'Shea also played last year as did Bryan Sweeney; O'Shea is another quality forward and has 2-18 to his credit this term, which also includes six from frees.

Three other lads that came on in last year's final are also in action, Graham O'Sullivan (corner back), Daniel O'Brien at no. 6 and Mike Breen at midfield, so it is a fairly experienced Kerry side of that there can be no doubt.

Kerry defeated Derry in the quarter final, a display that has given rise to some rave reviews, winning on a final score line of Kerry1-24 Derry 2-10.

Kildare, of course, have some quality forwards of their own with names of Jack Robinson, Jimmy Hyland and team captain Brian McLoughlin instantly coming to mind.

While putting up some big scores Kerry may still be a wee bit vulnerable at the back and a few of their goals conceded came when teams ran at them and took them on.

If there is one thing that Robinson, Hyland and McLoughlin do once in possession it is to take on their immediate opponent with one thing in mind, finding their opponent's net.

Of the other forwards Ciarán Kelly on his day can be up there with the best of them, an assured free taker the Clane man is more than capable of delivering. Kevin Foley of Sallins is a real honest, hard working player who covers an amount of ground and is one of the unsung heroes of this side.

Cian Costigan got the nod over David Kelly in the quarter final start up and the Sarsfields man will probably retain that position. Again a player that has no shortage of ability, works hard and likes to take on an opponent.

In midfield both David Marnell and Aaron Masterson are excellent fielders of the ball. Marnell was very quiet in the opening half against Mayo but put in a mighty shift on the resumption while Masterson has a great pair of hands, is an excellent foot passer of the ball and has the ability to open up a defence putting one of his forwards in the clear.

At the back John O'Toole (Monasterevan) has enjoyed a great season while Mark Dempsey (Moorefield) and David Shaw (Naas) are decent defenders on their day. Tony Archbold from Celbridge has the knack of getting forward and getting on the score sheet; Jason Gibbons is another player that looks to have a bright future while Sam Doran seems to be around for a fair while, again does not lack pace and will get forward. Luke Mullins in goals has senior club experience and a keeper of some note.

No team will win much unless it has a bench of some quality and here Kildare can be comfortable in the knowledge that are not lacking in this department.

Paddy Woodgate, Danny O'Sullivan, David Kelly and Tom Connolly, to name just a few, are more than capable of stepping up to the plate either from the word go or if called upon.

All in all without a doubt a a very, very decent Kildare side against a highly fancied Kingdom outfit but as Kildare boss Brendan Hackett emphasised “they (Kerry) are All Ireland champions going for three in a row; we face a big challenge but this is the place to meet them, in the semi final.”