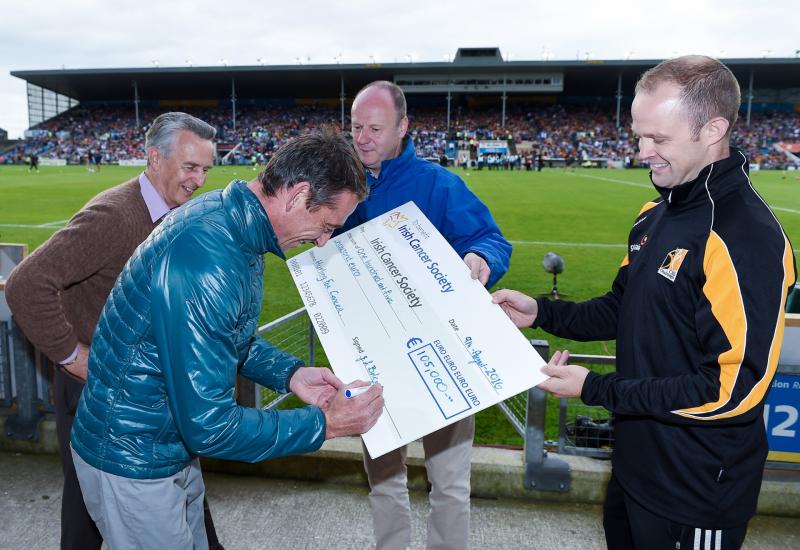 A clash of the ash at St Conleth's Park earlier this month has raised €105,000 for cancer research.

The 2016 Hurling for Cancer Research charity match was organised by racehorse trainer Jim Bolger and two-time National Hunt champion jockey Davy Russell. The pair have raised some half a million euro over the past five years with their annual celebrity hurling match, which has involved top GAA, horse racing and sporting stars.

This year’s clash in St Conleth’s Park in Newbridge on August 9 saw Davy Russell’s Best jockey for poll position against Jim Bolger’s Stars. When the final whistle blew it was Russell’s side which claimed the glory for the first time in five years, with a score of 5:24 to 6:15.

Sporting celebrities Niall Quinn, Davy Fitzgerald, DJ Carey, Katie Walsh and Micheál Ó Muircheartaigh were among the famous names who lined out to support the match.

Bolger thanked all who supported the fundraiser.