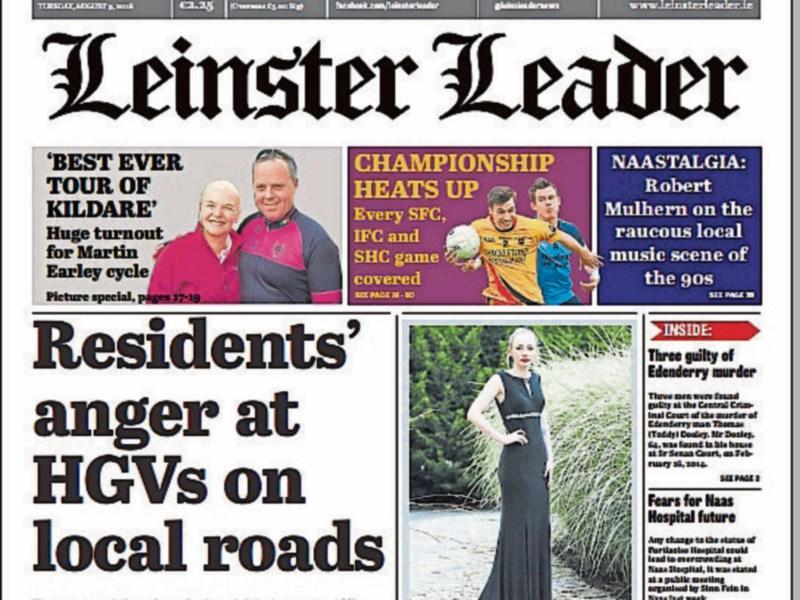 - Robert Mulhern on the raucous local music scene of the 1990s

- Believing in a future in fashion for Coill Dubh's Tracy Mulreid

- K Leisure may be asked to run Monread centre

- Sallins rail users being "ripped off"

- And in sport, a match report on every SFC, IFC and SHC game

And much more in the Leinster Leader, Kildare's biggest and best newspaper since 1880. In shops now.