The big characters of Old Naas 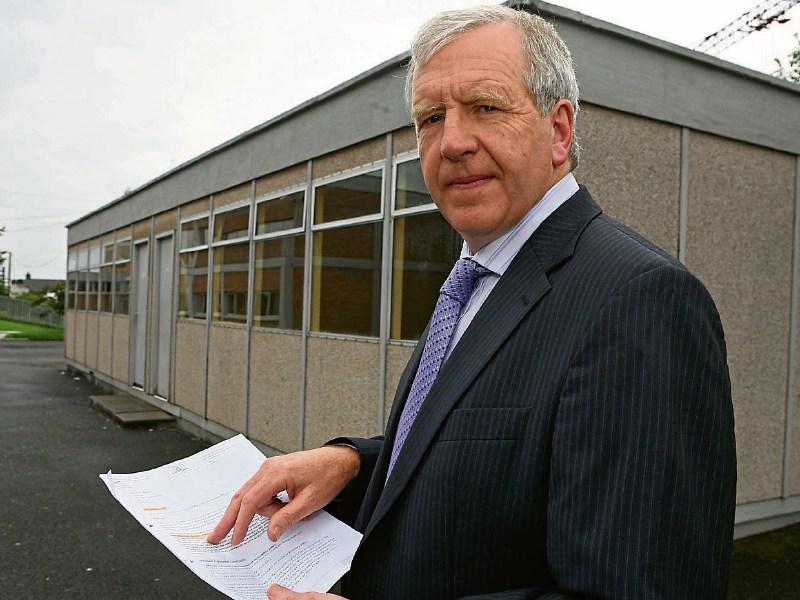 IN every town in every county there are personalities who have achieved celebrity status through the force of their own charisma, not using the modern methods of Twitter, Facebook or by courting national media attention. From my own perspective here’s some local characters who everyone knew growing up in Naas...

The late local council worker was ever present on the streets here. A big man who wore a peaked cap, Murphy spoke with a distinctive voice and fired out loud nodding hellos to all who passed. Peddling home on his bike, or leaning back on his broom, he was hard to miss. He became such a fixture through the decades that his theatrical hat tipping and animated way became a seamless part of the personality of Main Street.

Noel must have cut the hair of every man in the town, at least once. If that makes him inaccessible to the female side of the populous then remember that the degree of separation has only ever been a scissors snip away from your husband or son. On my last visit to Noel he revealed how he once lived up the road from where I now live in Crystal Palace. It was yet another reminder of his innate ability to relate to those sat in front of him, worrying about how short he was about to cut.

Everyone knows their parish priest but the personal reach of the two men above was extended through their immersion in Gaelic games and horse racing respectively. The late Moling Lennon once stood from behind the Altar to interrupt the St Corban’s confirmation service of 1990, when excitedly reporting a Kildare goal in Croke Park. While Father Breen’s post-service Sunday tips surely bolstered his flock as well as embolding a reputation which did eventually bring national media attention.

The business vision behind the Yankee Express chipper, the pub on Murtagh’s Corner, the Attic Nightclub and more. Des Finan changed the retail landscape of the bottom end of the town ala Trump in Manhattan. And, crucially, these hospitality platforms offered round-the-clock access to locals hungry for fast-food and pints Monday through to Sunday.

The runaway star of Naas’s 1990 county final win over Clane, McDonald had the kind of on-field skill and off-field charisma that caught Mick O’Dwyer’s attention and everyone else’s too. As the headline makers caught up, McDonald was billed as the local player of his generation with an out-going personality that fixed him under a spotlight for a time.

Arguably the most celebrated pub in the town and home to one of the locality’s most celebrated stories when the Rolling Stones walked into his premises and produced a guitar. The charm of this story is rooted in the  collision of the world’s most famous rock and roll bands and the no-nonsense, stoic landlord unimpressed by the band’s reputation or celebrity.

However, the visit proved seminal and has helped cultivate the very public profile of the pub owner. Because the star at the centre of said story has never been the band.

Ben from the Gem

Retail positions feature heavily in this list because working in a shop gives you huge access to the public. By such, the Gem was a veritable jewel in the Naas retail landscape. And for a generation the shop in Poplar Square became synonymous with Ben who was known by all as ‘Ben from the Gem’. Through across the counter transactions Ben always seemed to be referred to on first name basis — even by the very few he didn’t know. When Ben retired he maintained his visibility by walking every inch of the town’s byroads.

The respective and long-serving principals of Naas CBS and St Mary’s College on the Sallins Road. Noel Merrick was revered by parents; Sister Anne, feared by her students. Mention of their names needed no further qualification — nex tto our parents, they were the bosses of our adolescence. Noel Merrick would never need the help of social media to make an entrance — the sight of his silver saloon screaming into the old car park to break up a fight grabbed the attention of hundreds.