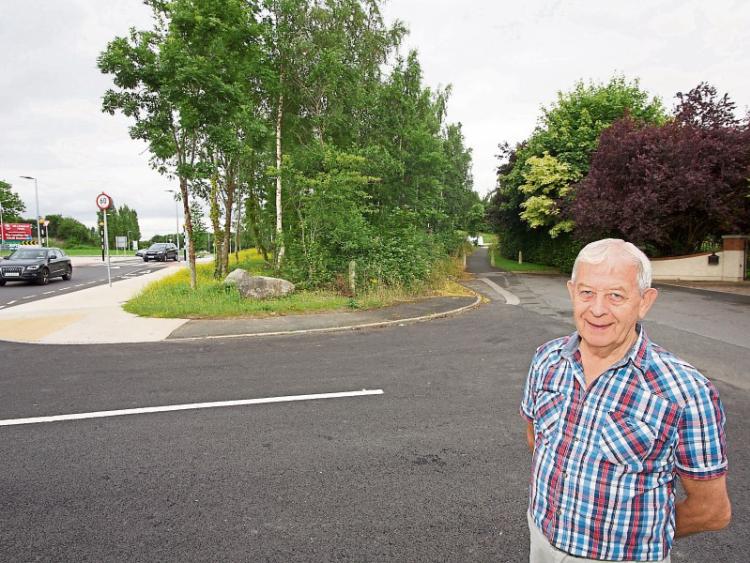 Cllr Seamie Moore at the walkway near Monread

A wooded area close to the Monread district of Naas is to be closed off because of anti-social behaviour complaints.

According to a local councillor, some of those responsible are “terrifying people in the area”.

Pressure to close the walkway at the verge of the Monread Road roundabout near the Sallins to Naas Road came from Cllr Seamie Moore (above).

He told a recent Naas Municipal District meeting that the area was used to start fires and stage camps, and he said the issues posed by anti-social behaviour outweighed the arguments against closing it off.