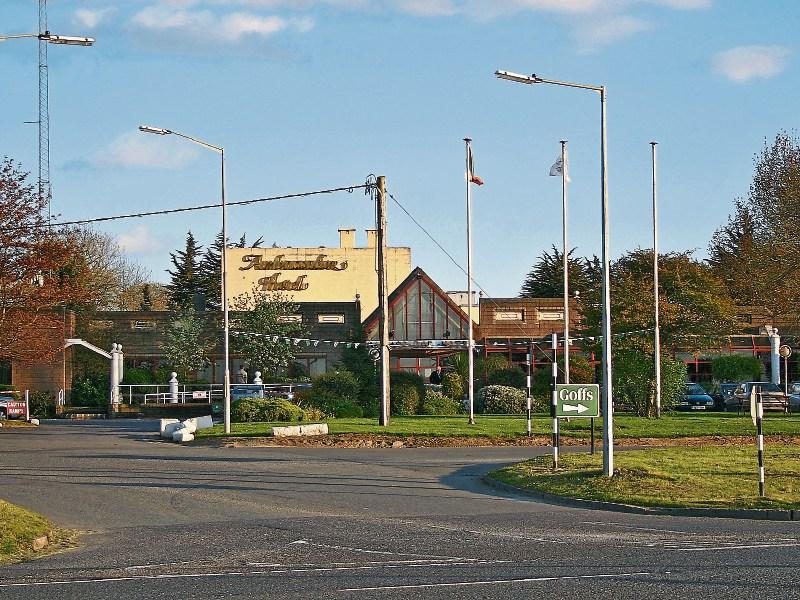 The Ambassador Hotel in Kill, the scene of many a wild 1990s night

I remember hearing that someone from school had gotten into the Ambassador Nightclub in Kill. It felt like they'd slipped into East Berlin and back again in time for double Maths.

The path had been cleared, but where did they get their fake ID? I can’t remember who made mine but it said I was studying commerce in Bolton Street.

It didn’t matter that commerce had evolved into Business Studies by 1995, or that DIT[s business faculty was in Aungier Street not Bolton Street. There wasn't a doorman in the country that could possibly know.

But at the same time they'd a degree in getting your real date of birth just when you thought it had been erased from memory.

I remember the wallops of sound that used to hit you when you pushed through the double doors on the way in; how instinctively I knew to head for the edge where it would be easier to hang on. I made sure I didn’t order a pint of Budweiser because you could afford two if your tipple was Smithwicks.

It was the small things, like not allowing the taxi to drop you close to the door and wiping that look of shell-shock off your face before Scooter blitzed your senses.

He ruled the dance floor from his base in Hamburg, his style was to slow down dizzying beats and interject with serious statements.

Well, it sounded pretty damn significant at the time.

There could be upwards of 30 of us out there if it was an important night, and the build up was littered with the kind of regular bulletins that would make Sky Sports proud.

And the girls we hung about with then used look amazing even against the backdrop ditches and hedges which furnished our pre-nightclub surrounds.

I wonder now how we managed to stretch a whole night across 20 quid? But then luxuries like a taxi out and back on your own could never fit financially with a night that started out with a Flagon of cider...

When it came to transport, the shared values of communism really were as important as commerce.

Before the beat stopped pumping a chipper van would emerge from the dead of night. It was positively gourmet compared with the free curry you got with the entrance fee.

Around this time that Mel Gibson was filming epic battle scenes for Braveheart, on the Curragh, but they came from the glens of Newcastle and Newbridge and Rathcoole to wage war on that strip of green along the duel carriageway.

To tell someone you were heading out to Kill really wasn't a term to be taken lightly.

Slow sets were still fashionable and they didn’t really sit with Scooter’s playlist and the best nights I remember were headlined by girls I wanted to get fixed up with. On those too infrequent occasions it didn't matter who was playing, what battles were waging or if the Newbridge lads really were waiting outside.

I can still remember the last time I was there. It was a bank holiday weekend in August 1997 when Meath beat Kildare after a trilogy of matches that saw us retreat to the Old House and then make the short walk up.

That night, typical Ambo wear like adidas stripes and red jeans were replaced with O'Neill's jerseys and headbands.

The energy had changed with Ain't Nothing Going to Break my Stride by Matthew Wilder rendering the trance and techno temporarily redundant.

I remember Mark Butler and Rossa Farrell completing a circuit of sit-ups and press-ups to the beat and thinking this was more like it; this was way more fun.

And who knew what the Bauhaus would bring...