Naas golfer gets international call up 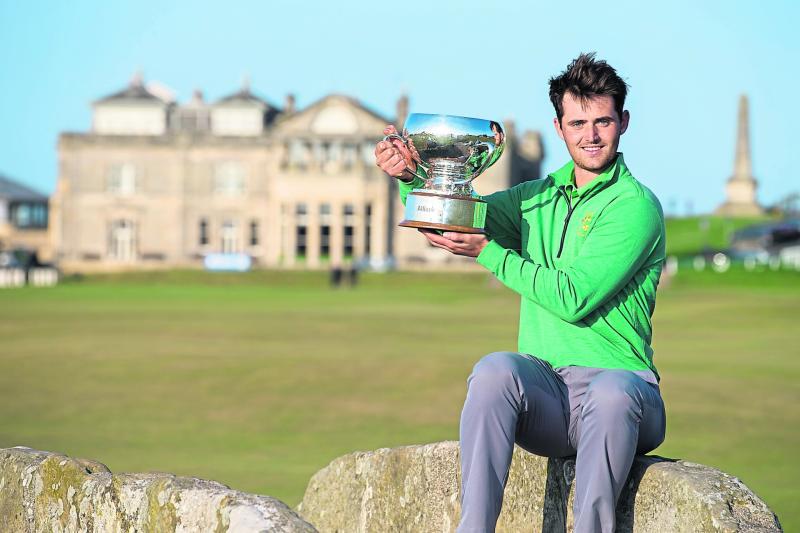 Naas golfer, Conor O'Rourke has been called up for Ireland’s team for the Men’s Home Internationals at Nairn (August 10-12).

O’Rourke’s victory at the St Andrews Links Trophy was the highlight of a breakthrough season for the popular Naas man and his magnificent achievement earlier in the season has now gained him due recognition.