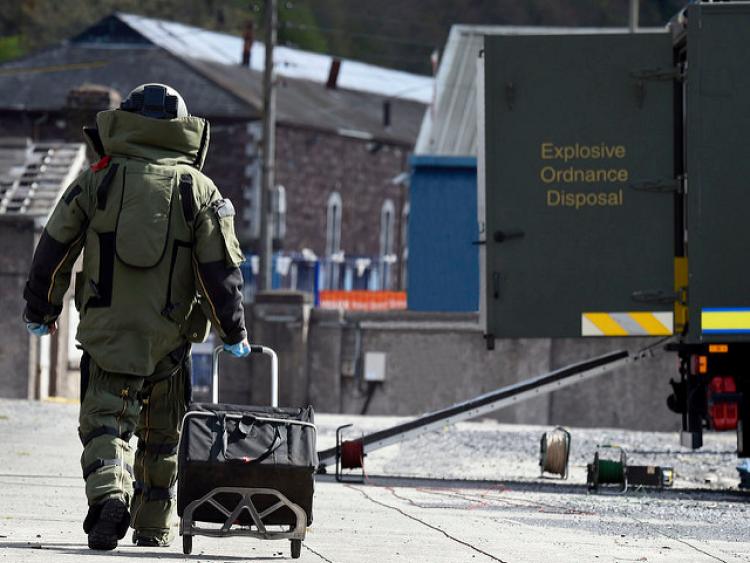 File photo of the Army Bomb Disposal Team at work

Residents were evacuated from their homes and roads closed outside Kildare town this afternoon, Wednesday July 27, after an old artillery shell was found in a residential area of Blackmiller Hill.

The Army Bomb Disposal team were called by the gardai after the explosive device was found in Blackmiller Hill, which is near Cill Dara Golf Club and Cill Dara Rugby Club.

A cordon was put in place, a road was closed and some local residents were evacuated from their homes as a safety precaution, according to the Defence Forces.

The Bomb Disposal team arrived on scene at 4pm, safely isolated the shell and removed it to a safe military location for further examination. The scene was declared safe at 5.07pm.

According to a Defence Forces statement, "Legacy munitions from conflicts in the early 20th century can be encountered from time to time. Should members of the public find such devices they are advised to maintain a safe distance, inform the Gardaí, who in turn will request Defence Forces assistance."