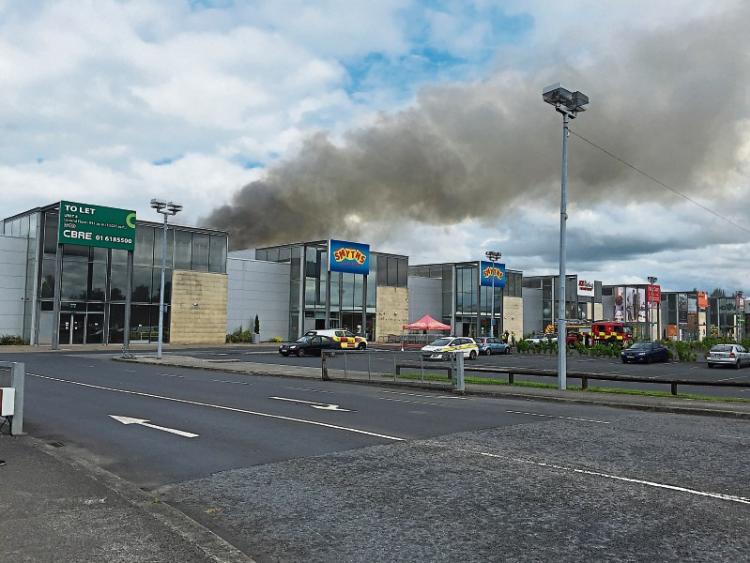 Four fire engines as well as two tankers this afternoon battled a blaze at the Globe Retail Park on the outskirts of Naas.

The fire started to the rear of one of two Smyth's Toy Store units just before 4pm on Wednesday, July 27, leading to the evacuation of the building from all of the units.

As fire crews battled the blaze to the rear of the units, smoke drifted into several of the retail units, including a vacant one next door and Heatons.

The smoke also drifted backwards onto the M7 behind the retail park, causing a traffic delays.

The blaze appeared to intensify around 5pm with flames and smoke leaping from the roof of one of the Smyth's Toy Store Units as the fire brigade used a hoist to fight it.

Moments later a second tanker entered the complex and shortly afterwards the smoke began to subside.