The tricky journey from Naas to Dublin 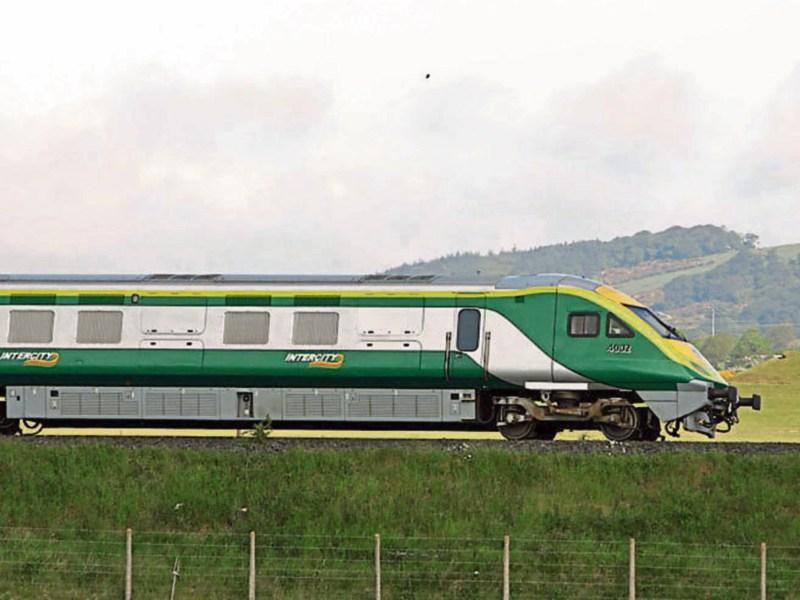 A train journey from Naas to Dublin is far from straighforward

If you asked somebody in, say, Galway or Clare or Waterford to name a town from where lots of people commute to Dublin, there is every chance they would reply, “Naas”.

Kildare’s county town is a decent size, is close to the capital and, perhaps subliminally because of all the montage shots of the Big Ball whenever commuting is mentioned on TV, the impression is that Naas is but one hop from Dublin.

I’m not sure this is the case at all. I was above in the land tech giants and gang warfare twice last week so the ease of accessibility to the city centre, or lack of it, was of concern. There are plenty of routes. I’m not sure which is best. Below is a round-up of ways in and out of the smoke for no better reason than it might help me or you decide what is the best way to travel in future.

Car: Ideal if you like traffic jams and paying more than your motor tax’s worth for a three-hour stay in one of the multi-storey car parks. Often there is no option but to take the car — especially if your destination is slightly outside the city centre. Still, driving in and out of Dublin at close to rush hour is an ordeal you would not wish on Sepp Blater. One look at that evening traffic approaching Naas, backed up beyond Kill, as far as Rathcoole sometimes, makes you feel lucky not to have to get in that line every day.

All that said, driving into Dublin is grand at weekends or at off-peak times. There just aren’t enough of these off-peak times anymore.

Rail: a rail journey from Naas to Dublin is far from straightforward. Decades ago (up until 1947) you could have walked to the station near where the Tesco on the Blessington Road now stands. But progress does not always come with the passing of time. As Con Houlihan wrote, the men who ‘rationalised’ our railways got pensions — they should have got jail.

So, now, let’s say you live near the centre of Naas and want to get to work in, for example, Harcourt Street where there are lots of offices. First you must get to Sallins, that’s a cycle or a drive or a bus plus a walk. Then you’re on the train. Next is the tricky negotiation of Heuston to city centre, that can be done on the Luas, after which you will probably get a bus to Harcourt Street. That’s a lot of messing and expense for a 31km journey.

If you’re going to Heuston, people tell me the best way to make the onward journey is by the Dublin bikes.

Hopefully the tunnel to Connolly opens soon; get those commuters closer to where they actually work.

Bus: Not a bad option, but not cheap and can take a long time at rush hour. I got the 11pm bus back from the quays last week, had me in Naas just after 11.35pm, which is decent. €8 for a single was the price. At peak (rush hour) times there is a service to Merrion row from Naas, such as the one which leaves at 7.15am and arrives at 8.20am. This is of particular use to commuters.

Bus and Luas: This is an alright option during rush hour. You do the city centre-to-Red Cow swifter than you would on the bus and then you get the Green Bus (Dublin coach) from there home. It’s a fiver for the Green Bus and €2.70 for a single on the Luas, so it works out almost the same price as a single on Bus Eireann. This is also a good way home if you miss the 11pm (and last) Bus Eireann from Connolly that picks up on the quays.

Bike: 30km on a fairly flat route, shouldn’t take much more than an hour, but due to a criminal lack of good routes into Dublin, cycling is nowhere near as attractive an option as it should be. Hopefully the Blueway from Sallins into town is developed quickly. No guarantees of that though.

At present the options are:

- Go in the N7 (lunacy) and come off at the Red Cow interchange and seek out the cycle path.

- Go up through Rathcoole-Saggart-Tallaght-Templeougue etc. This too I’d regard as highly dangerous, especially the busy roads around Tallaght and the roundabout across the M50.

- Make your way towards Ardclough and beyond and join the canal where it becomes cycle-able — this depends on which type of bike you’re on. If it’s a road bike, you won’t do well until you’re not far west of Clondalkin. This journey, like an alternative where you go up through Corkagh Demense and onto the canal, will take you ages unless you’re name is Lance and you’ve just visited a doctor named Michele.

In conclusion: I reckon the Bus Eireann or Green Bus/Luas options are the best, though neither are as straight-forward as you’d imagine for a town that is often marketed as within easy reach of Dublin.