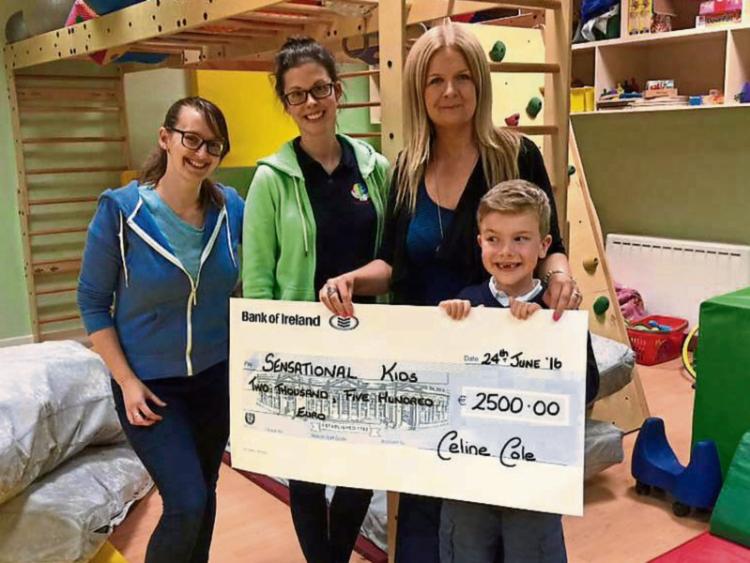 A parent who was inspired by the work of local charity Sensational Kids recently surprised the organisation by raising €2,500 and presenting them with a cheque for that amount.

Celine Cole’s son Adam, who is now aged seven was diagnosed with autism and was non-verbal when he first began attending the subsidised speech and language therapy at Sensational Kids.

Speaking about the charity for which she fundraised, Celine recalled back to when Adam was first diagnosed. “We didn’t know where to go and we spoke to the HSE who told us that it would be a year and a half to two years before he would be seen,”she said.

“It was actually one of the ladies in the HSE who told us about Sensational Kids and she put us in touch with the Sensational Kids speech therapist. Adam gets speech and language therapy once a week. I can genuinely say that Adam wouldn’t be where he is today without them.”