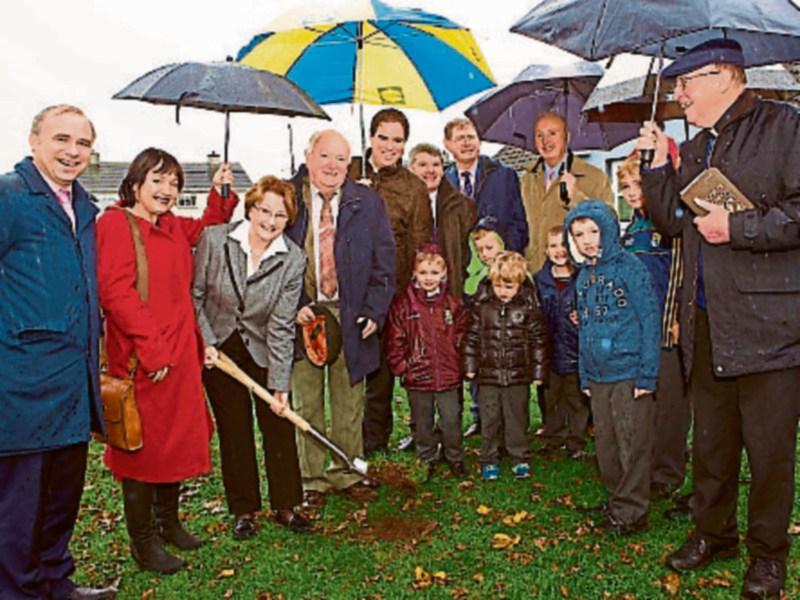 Local representatives, teachers, board of management members, the builders and pupils at the turning of the sod for the new school last year

Two local TDs have slammed the Department of Education for failing to allocate an extra teacher for Rathangan Boys National School.

On July 1, Martin Heydon raised the matter in the Dail. Debating with Minister Richard Bruton, he criticised the Department, which has turned down two appeals on this issue.

“Rathangan Boys NS will have an enrolment of 270 in September 2016 but have been refused an additional tenth teacher due to their enrolment numbers at September 2015, which are one short of the qualifying criteria.

“The lack of a new teacher will see some large classes from 2016 up to as much as 37 pupils, which is difficult for a single teacher to provide appropriate level of education. Despite two separate appeals the Department and the appeals board have not upheld the need for an additional teacher.”

He said he accepted there has to be qualifying criteria, but he asked the Minister to impress on the Department the impact on pupils and teachers if this additional teacher is not appointed and to re-examine any potential grounds for appeal.

Dep Fiona O’Loughlin, who previously raised the issue in the Dail last April, also pointed out that last September there were 254 pupils enrolled in the school (255 pupils is the cut off). “This is grossly unfair. Similarly, Scoil Bhríde in Athgarvan are two pupils shy of cut off point to secure an additional teacher,” she added.