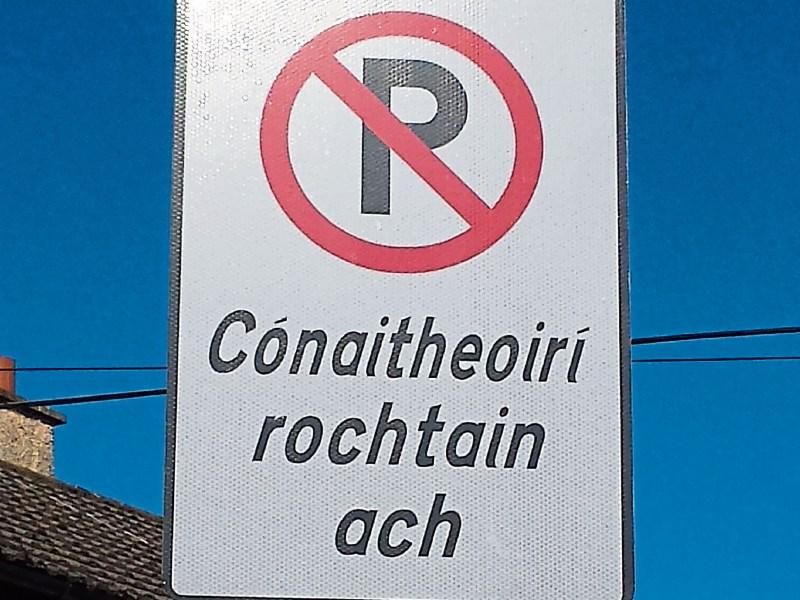 An Irish language sign in Clane is to be changed as soon as possible following criticism from a member of the public.

Seanán Ó Coistín publicly raised the question of the spelling of the sign at Park View, Clane.

“The sign in English is perfect and makes sense whereas the Irish version of the same sign makes no sense whatsoever.

“What probably happened was the sign makers put the words ‘Residents Access Only’ into Google Translate and it spewed out the utter nonsense ‘Cónaitheoirí rochtain ach’ which means ‘Residents access but’. The correct Irish wording should be ‘Cead Isteach do Chónaitheoirí Amháin’.

Donnacha MacDiarmada, KCC Oifigeach Gaeilge, said: “Mr O Coistín is absolutely correct, the sign is incorrect. I have spoken to the area engineer and he has agreed to replace the sign. This will be done as soon as possible.”

Mr O Coistín said: “Unfortunately county Kildare has a very poor history when it comes to correct signs on the roads and other areas. Either road signs are absent, broken, twisted the wrong way or not bilingual which is how they are meant to be by law.”

He told the Leader that regarding other signs around county Kildare, there are many many signs that have problems. “There are some that are missing, broken, twisted the wrong way or in English only when they should be in Irish and English.”

Mr O Coistín said that unfortunately the Council “does not have the airgead (money) to repair them or erect new ones.”