The best places to run in Co Kildare 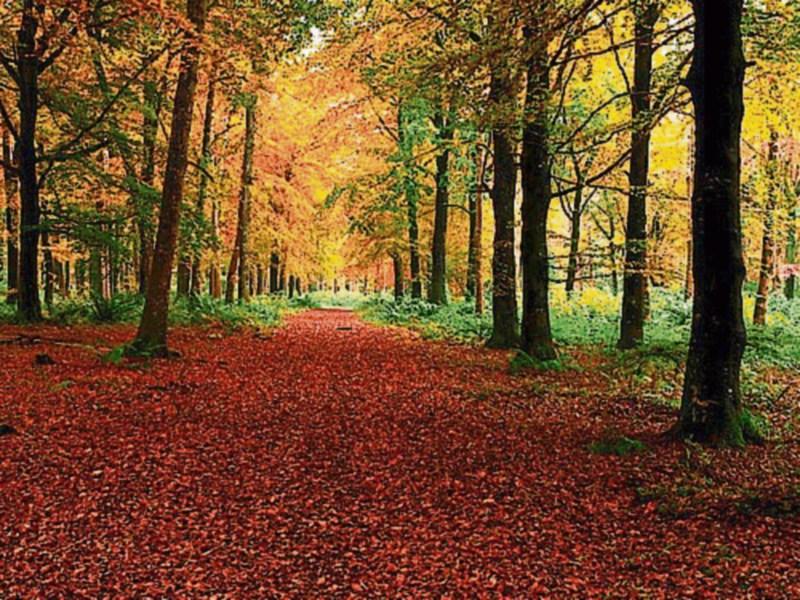 Donadea Forest Park is a majestic place to run

RUNNING is a religion to some. For me, it’s something I try to do three times a week to stave off obesity and insanity.

It’s much harder to go mad if you get out in the air and move your body for an hour or so every other day or so. If I had my way, I’d be cycling for at least 20 hours a week, but I don’t have my way. I do two things with 98 per cent of my waking hours: work and chase around after the kids, like a forlorn defender left two-on-one with Messi and Ronaldo. The better half makes it look easy. She’s Franz Beckenbaur in these situations, I’m Carlton Palmer.

In the middle of this chaos, I sometimes, literally, run for it.

I wasn’t always able to run. I’d have to stop every couple of minutes for a breather. Now I can tip along for 10K or 15k or so. A lot of books are sold as having the potential to change your life. In my case, that was true.

I read Born to Run and took heed of the simple advice to just go slowly if you’re struggling. It’s incredible, really, that I didn’t think of that myself, but there you. I was in too much of a hurry to notice something obvious.

Once you get comfortable you can build your speed slowly. And if you don’t build your speed and all you gain is comfort and enjoyment, well, as the book’s author Christopher McDougall says, that’s not so bad.

So if you see somebody pounding the turf - slowly - around the following locations, it could well be me. Here is my guide to Kildare’s best places to go for a run (okay, when I say guide to the best places, I mean the only places I’ve been running in Kildare. If you know of better ones please feel free to drop us an email and we’ll publish your recommendations).

Perhaps not the most beautiful setting for a jog you could expect in the Short Grass county. But what it lacks in aesthestic appeal it makes up for in convenience. If running is the sport of convenience then running from your front door is the sport in its purest form. My route takes me up and down the Ballycane Road, past such famous landmarks as the Centra, the traffic lights at the intersection of the Craddockstown Road. then it’s on to the Ballymore roundabout, upwards to the Kilcullen road roundabout and over yonder until you reach the Newbridge Road, where, usually, given the hour of the evening the jog takes place, you turn around and shuffle home. There is plenty to recommend this route. It’s well lit, the pavements are wide, there’s plenty of dog walkers to nod hello to (dog walkers nearly always say hello, same goes for elderly joggers. Everybody else, less likely to be so friendly. Not sure why this is)

This is perhaps one of the greatest places in this hemisphere where you can run. If the Lonely Planet produced one of their top ten lists about jogging this would be the ‘surprise’ entry, squeezed in between the Big Sur and Great Ocean Road. I love the sense of serenity here; the rolling hills, your complete removal from traffic. The best route is to jog north-east up the path inside the ditch, up the slope from the carpark, across into the field where the show-jumping obstacles are then hang a right, down and soon you can cut into the tarmac path around the outside of the racetrack. You can really tap out a rhythm here and get lost in your thoughts until you make it all the way around to the stand side, where you will encounter a big gate. So it’s 180 time and back again to the car. If you’re feeling energetic you can tackle a hill or two in the show-jumping field with a slight detour. Either way, you will return mentally - if not physically - rested.

It’s a magical, mystical place alright and having been battered by the wind while running westwards across the sod from Lumville House I’m pretty sure that when Fionn Mac Cumhaill and the boys were going to war they chose to charge out of the Kildare Town end.

Wind battering aside, The Curragh is a magnificent setting for a jog. You do get a sense of history and of the lore of the place while making your way across. It’s such an unusual and impressive expanse of land. I know it’s a bit late to complain about this, but it’s a mighty shame that someone decided to slash Ireland’s busiest road right through the spine of the place. Having such a piece of common land is rare in Ireland and, for me, the only real drawback is the constant howl of cars and trucks passing through in 70 mile-an-hour lines. I guess the road evolved over time from a right of way for four-legged transport to the growling highway it is today. Should I ever reach the position of supreme ruler of mankind by dint of the fact that nobody else wants the job, the M7 will be diverted north or south leaving the heart of the plains free in the relative peace.

I used to go here quite a bit years ago. I’d drive to the counties pub, in Mageney, near where Kildare, Laois and Carlow meet. You can park up there, take a few steps along the road and then down under the bridge and either turn left for Carlow or, what I usually did, right towards Athy. There are many things to recommend about this spot. It’s particularly scenic, with the meandering river, the grassy path, the overhanging trees. It’s a tranquil place to run, and flat too if that is your preference. If you are in that part of the county and you like running and you haven’t been here, then check it out. The fact that it always quiet when I was there suggests not everybody knows about it’s there. They should, it’s great.

One of the best things about racecourses is they usually make their facilities available to the local community. I remember running around the very hilly Sligo racecourse years ago when I worked up there. Naas is certainly not as tough as that, but it has it’s challenges. There is a deceptive little incline up the standside (if going anti-clockwise). I thought that incline was going to get the better of me a few weeks back. I was down at the excellent park run there on a Saturday morning. For the uninitiated, this is a free timed 5km run at 9.30 on Saturdays. It’s a fantastic volunteer-run event - they are always looking for help if you’re available.

On the day in question I decided I would run a sub 25-minute 5km, no bother. Possibly even 23 minutes. It didn’t quite work out like that. Here comes my excuse: 5km is a tricky distance for me. Usually, I do seven or eight if I’m out for a run so, you would think, I’d be well able to put the hammer down for five and achieve a good time. If only it were so simple. The trouble is, most of my runs are taken at a modest pace. To be honest, it’s a bit of a plod. If you want to go fast then you have to train for speed, not just run a slightly shorter distance.

So from the off I ran at speed. I was going so fast I had to take to the grass on the outside to pass out all of these slow boats. One by one, they passed me over the next 25 (and a bit) excruciating minutes.

By the time I made the home straight up the hill, I was fit only to quit. I staggered over the line in 25.47, happy to have made it and determined to do better next time out. Some people do this in sub 17 minutes. I will never join their ranks, but the great thing about the park run is that you can chart your progress, at your pace, or just enjoy the fresh air and a bit of exercise to set the weekend off on the right footing.

Kildare is lucky to have such a forest within the county bounds. It costs €5 to enter and park your car inside. Some might argue that is steep but on the other hand I’m sure the upkeep of the place is far from free. And there aren’t many places you can bring the whole family for that price which will bring as much happiness. As for running, of which part of the appeal is that it’s free, then there are other options if you don’t fancy paying the fiver ...

What a superb place to run. The only fault I’d have for Killinthomas Woods is they should be bigger. You’re jogging along feeling lost in this old forest, kind of imagining like this is how people got around way back when Ireland was all wooded and horses had yet to be tamed. Then you look out and can see a field beyond the trees with a few cows grazing. That alters the buzz for a little bit, even if that makes me a massive hippy.

Seriously, the trails here are varied and interesting. The air is clean. The car park is free. There is very little to complain about. Run here and you will feel good.