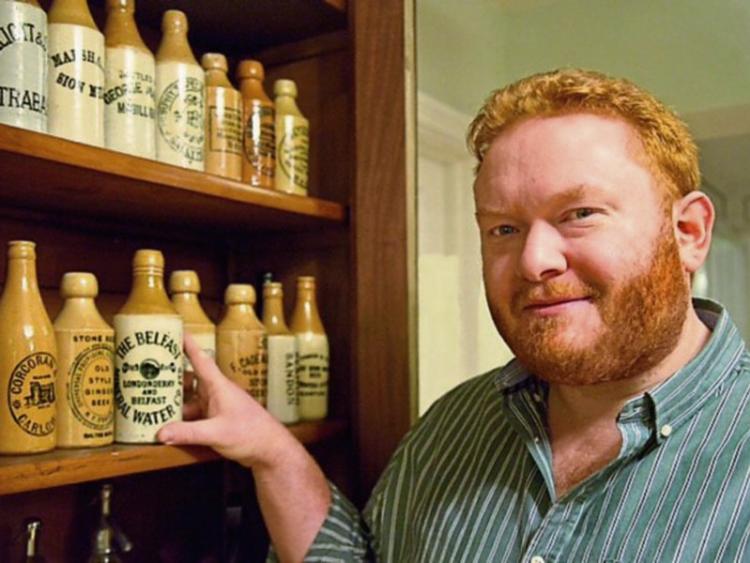 Stone mad about ancient bottles: Neil Reid wants to locate old stone bottles which were known to be produced in Naas

You could say Neil Reid has bottle; lots of it.

But he doesn't think so, at least not just yet.

The Johnstown man collects old stone bottles from every corner of Ireland and is especially interested in a couple of bottle producers who were based in Naas many years ago.

“I have been collecting 'Victorian Era' Stone Stout and Ginger Beer bottles for several years now. I have always had a keen interest in antiques and local history and after picking up a few of these bottles at various antique markets, he told the Leader.

He has amassed a collection of approximately 50 bottles so far, from Cork to Donegal though has hasn't quite managed to hit all the counties.

Stoneware bottles were produced 100-150 years ago and were all hand made.

No two bottles are the same due to the processes involved, but the minor flaws are what add to their charm, says Neil.

Gradually stoneware bottles were replaced by mass produced glass bottles and the result of this that many of the ‘stonies’ were buried in landfill sites or dumped in rivers and canals and can be difficult to locate.

”I am keen to collect a few local stone bottles, especially from Naas, Newbridge and the surrounding areas but would also be interested in bottles form anywhere in the the 32 counties. I'd appreciate any help in gathering local bottles.” Neil can be contacted on 0866006622 or email Neilreid76@gmail.com.