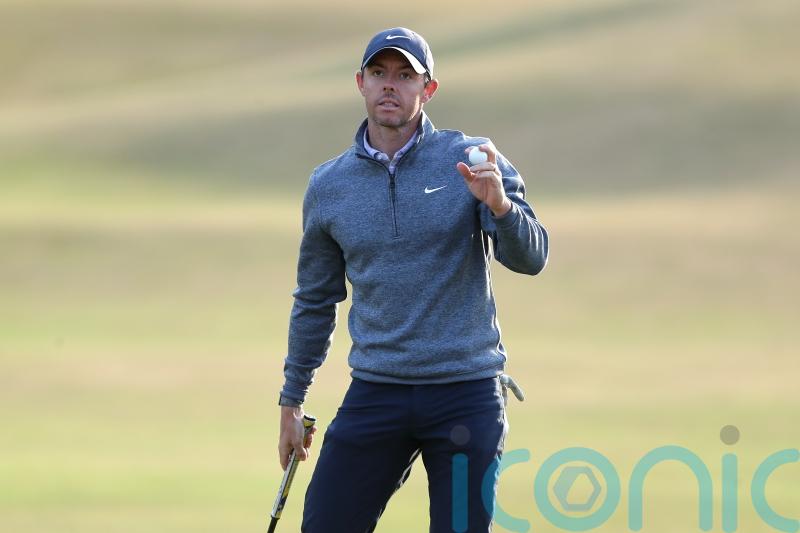 Rory McIlroy felt he was in a strong position to end his major drought after maintaining his promising start to the Open at St Andrews.

Rory McIlroy felt he was in a strong position to end his major drought after maintaining his promising start to the Open at St Andrews.

The Irishman followed up his first-round 66 with 68 on Friday to sit on 10 under at the halfway stage, three behind leader Cameron Smith.

World number two McIlroy, 33, has not won any of golf’s major prizes for eight years but, despite feeling he could have shot even better, feels he is now well poised.

“Overall I felt like it was a good day,” said the 2014 Open champion. “I’m in a good position going into the weekend and that’s all I can really ask of myself.

“But it’s two really, really solid rounds to open with and really happy with that.”

McIlroy has enjoyed a strong year on the major front, finishing in the top 10 at the Masters, US PGA Championship and US Open, but now feels he needs to push on and claim a title.

He said: “I felt pretty much in control of everything. It’s been like this all year and I think the results and the consistency have backed that up.

“I know I’ve got the game. I just need to go out and play my game and play my golf over the next two days and that’s all I can do.

“If Cam Smith goes out and shoots another two rounds like he did the first two days, I’m going to have a really hard time to win the tournament.

“I’ve just got to go out and do the best I can and worry about myself and hopefully that’s good enough.”

McIlroy reached the turn in one-under-par 35 before igniting with three successive birdies at the start of the back nine.

He dropped a shot at the 15th but holed a testing putt for par on the 16th and then birdied the tricky 17th ‘Road Hole’.

Fellow Irish golfer Shane Lowry sits on four-under-par going into the weekend while Waterford man Seamus Power and two-time Open champion Padraig Harrington have not made the cut.