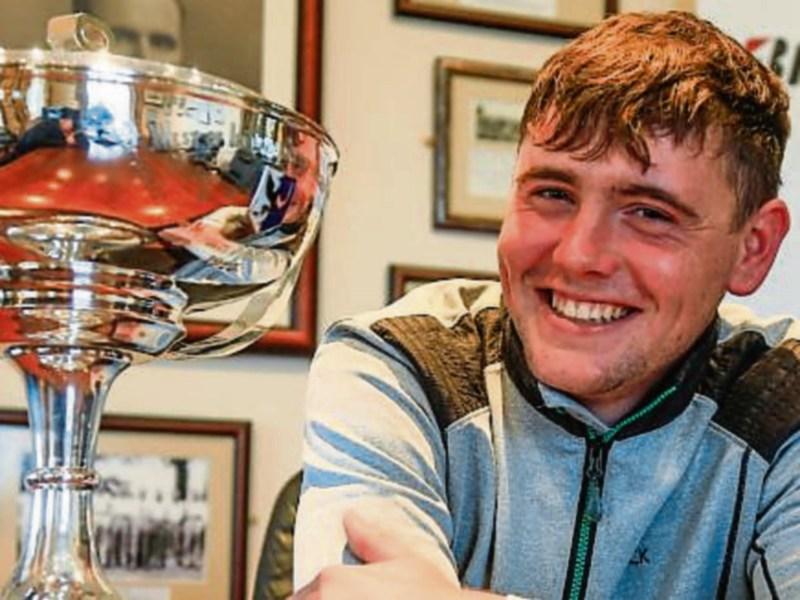 Robert Brazill with the West of Ireland trophy

To say the list of former winners of the West of Ireland Amateur Golf Championship is impressive is something of an understatement, what with Rory McIlroy (twice), Shane Lowery, Padraig Harrington, to name just a few, so for Naas golfer Robert Brazill to clinch the title in atrocious conditions yesterday (Tuesday April 3) is a massive achievement.

And to make it even more amazing Robert is the third Naas golfer to bring home the title to Kerdiffstown in just five years; Jack Hume in 2014 and Jonathan Yates 2016 is truly an amazing feat for the Naas club.

Brazill (21) was 1 up playing the final hole in arctic conditions with both wind and rain at its worst, his opponent, Alex Gleeson then holed a 15 foot birdie putt and looked to have given himself a real chance of, at minimum, a play-off opportunity.

Up stepped Brazill from some 3 feet closer and with nerves of steel bottled a 12 footer for a birdie, the title and his his place in West of Ireland history.

Brazill (+2) admitted after his win that he has put a lot of work into his game during the winter. “I have played a lot of golf with both Jack Hume and Jonathan Yates, players who are at a higher grade than me so to compare my game with their game  has been great.”

Robert had high praise for his caddie, Robbie Pierse, as “he constantly reminded that Alex Gleeson was capable of holding every putt." Brazill also thanked his coach, Gavin Lunny, who he has been working with over the past number of years.

As well as being an enormous achievement for Robert Brazill it is also testament to coach Gavin Lunny, whose weekly golf tips have proved very popular in the Leinster Leader. Gavin has now coached three young golfers to win three West of Ireland Championships at Rosses Point links in Co Sligo along with a host of other major tournments both at home and abroad.