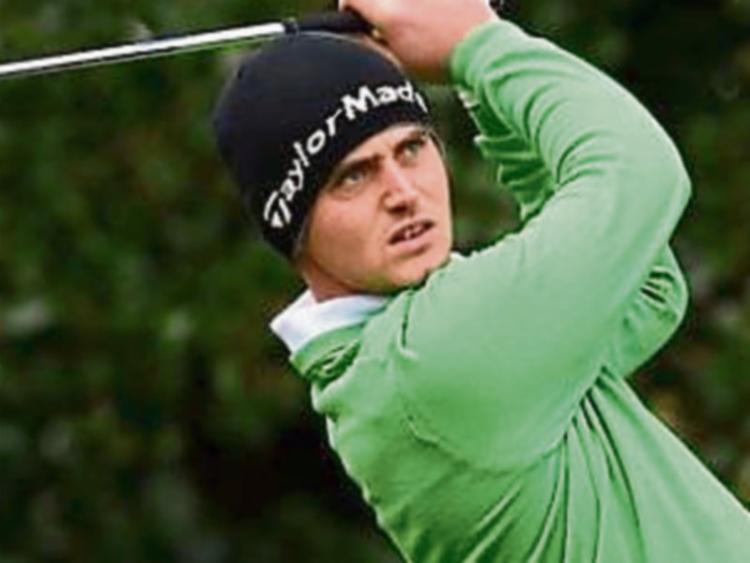 Naas golfers Conor O'Rourke and Jonathan Yates top the leader board after two rounds of the West of Ireland Amateur Championship at Rosses Point.

Conor O'Rourke after his blistering 66 on the opening day followed up today (Saturday April 15) with a 74 to give him a 36 hole total of 140.

That leaves him just one shot clear of his Naas club mate, Jonathon Yates who had an excellent 68 today to add to his opening round of 73, giving him a two round total of 141.

O'Rourke showed signs in France only last week that he was returning to his best form but yesterday (Good Friday) the Naas man hit a magnificent 66 to lead after the opening round of the West of Ireland Golf Amateur Championship.

Playing in the final group of the day, the 25-year old reigning St Andrews Links Trophy winner stormed to the turn in an immaculate five-under par 31 with birdies at the first, second, fifth, seventh and eighth.

He then birdied the 12th and bounced back from bogeys at the 14th and 17th with a tap-in birdie at the 18th.

O'Rourke leads by two strokes from 17-year old qualifier Eoin Murphy from Dundalk, who came through a seven-hole playoff to earn one of four places in the starting field on Wednesday, then holed his second shot to the 18th for a closing eagle two and a three-under par 68.

Jonathan Yates hit a fine 73 in Round 1.