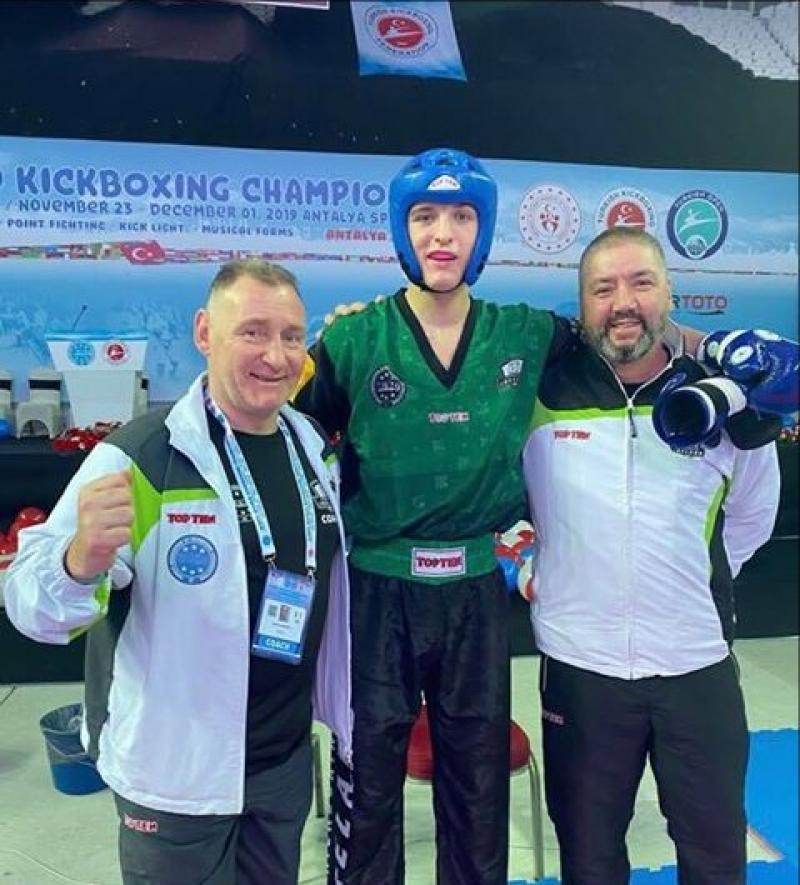 Pic: Conor McGlinchey will come home with a bronze medal from the WAKO world championships in Turkey this week

Kildare's own kick-boxing star 19-year-old Conor McGlinchey will come home with a bronze medal after competing in the year's WAKO world championships in Turkey.

After a nail biting semi final yesterday, the Italian Champion narrowly won the fight against Conor, who displayed his sportsmanship by applauding his opponent when the Italian’s hand was raised.

Carbury native Conor is only getting started and has made a name for himself already both in Europe and the USA, and 3rd in the world at senior level isn’t bad going at just 19 years of age!

Conor trains with top Irish club Tallaght Martial Arts and he will be representing Ireland in the men’s -84kg pointfighting category.

Conor who is currently a student at Cork College of Commerce is already a multiple World and European Champion at Junior level and has just returned from a successful year competing and living in the USA with semi pro team Team Proper.

The WAKO Senior World Kickboxing Championships will be taking place from the 23rd November to the 1st December in Antalya, Turkey.

Kickboxing is one of Ireland’s fastest growing and most successful sports, and WAKO is the only organisation worldwide that is recognised by the GAISF (Global Association of Sports Federations) and the IOC (International Olympic Committee) and the world’s top fighters will compete to earn the title of World Champion.