Kildare's James Roe Jr. is aiming for a podium this coming weekend 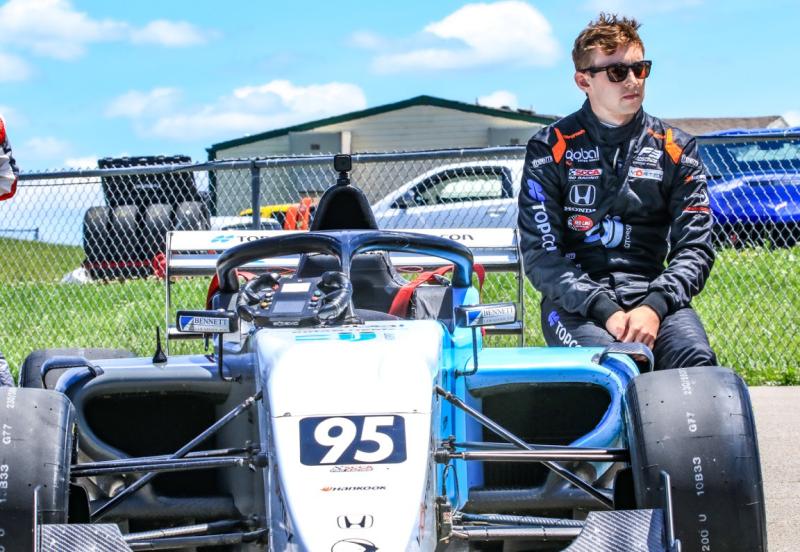 James Roe, from Naas, is making great strides on the US motoracing scene

Naas man James Roe Jr. is aiming for a podium this coming weekend at the famed Road America facility in Elkhart Lake, Wisconsin, as he looks to continue his consistent points haul in 2019.

"We have been extremely consistent throughout the season scoring points in 10 of 11 races in the championship," said Mr Roe.

"We have a good shot of catapulting up to third or fourth in the driver championship but need to have a few strong runs in the final few events as well as having lady luck on our side."

He races for the Global Racing Group in the  F3 Americas Powered by Honda Team Championship.

Coming off a pair of fifth place finishes at the Virginia International Raceway a few weeks ago, Roe says he understands what is needed to be at the front of the F3 Americas grid and has been working on that since the checkered flag for round eleven.

"Our weekend race results stem from our qualifying performances, and my goal is to fix that this weekend," added Roe.

"The F3 Americas grid is full of talent and these cars at some of the facilities that we compete at make it very hard to pass. I don't believe that will be the case at Road America as the longer layout allows for a lot of drafting and passing opportunities, but we need to qualify better in order to finish further up the grid."

The Naas man traveled back to Ireland last weekend to take park in the Mondello Park Historic Festival.