KILDARE REVIEW OF THE YEAR: Newbridge Or Nowhere, the story that gripped the nation

Kildare stood up to the big boys in Croke Park, and came away with a win 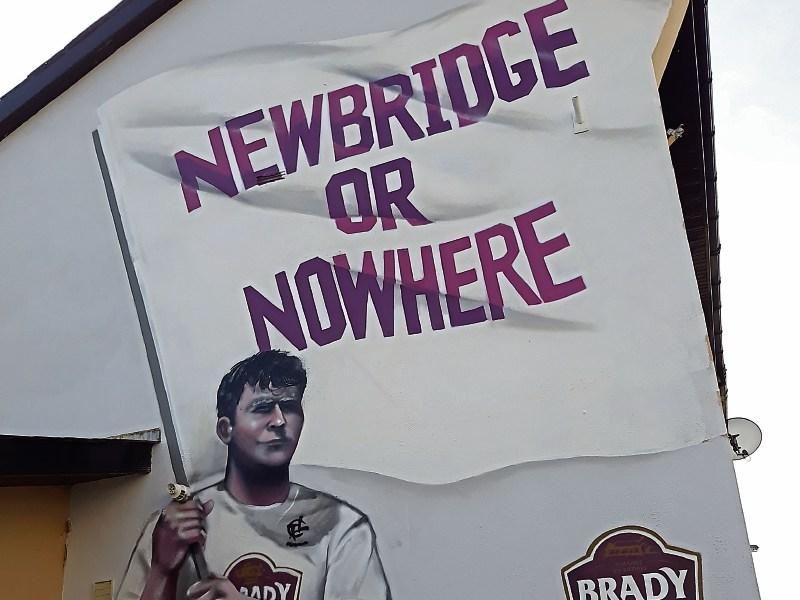 It made national headlines in print, radio and television; was the main topic of conversation, and not just on the sporting front.

First team out, according to rule, had home advantage and so when Kildare came out of the draw followed by Mayo the scene was set.

Now we all know what St Conleth's Park is, what it can hold, its shortcomings, etc, etc but home venue is home venue.

Within an hour or two of the draw the vibes began coming from Headquarters that a deal could be done, move the game to Croke Park, possibly on a double header with one of the other games.

It had been done before for League games but this was different.

From the word go social media cranked up the pressure; the pressure on Kildare Co. Board to dig in the heels; under no circum-
stances should a move be even contemplated quickly grew.

But have no doubt pressure was being applied by some of the most powerful people in the GAA.

Kildare manager, Cian O'Neill, having been in contact with the top brass of Kildare Co. Board, then made an appearance on the SixOne News. The story suddenly took on a life of its own.

O'Neill made it clear, very clear, in fact could not have been clearer as the Kildare boss insisted there was nothing up for discussion as he said “we will be in St Conleth's Park on Saturday June 30, and hopefully Mayo will be there too, adding, have no doubt it is Newbridge Or Nowhere.

There was no turning back.

No money changing hands to entice The Lilies elsewhere.

The pressure came on.

Past President of the GAA, Kilkenny man Nicky Brennan got in on the discussion saying “Kildare have made their protest now it is time to move on and play the game in Croke Park.” If anything that helped to even harden feelings.

Ned Quinn, Chairman of the CCCC then issued a statement saying that he was afraid there could be trouble between Kildare and Mayo supporters on the day with so many people turning up in Newbridge and many with no tickets.

This was probably the most outlandish statement, of them all.

Suddenly the penny dropped in Headquarters.

Suddenly their was a realisation that Kildare actually meant what they were saying.

And suddenly the PR folk in Croke Park began coming out of the woodwork, backtracking, and easing the way for the inevitable outcome.

Finally it was announced the game would go ahead in Newbridge.

Victory for the small man.