Our debt to the princes of the Kildare turf

Robert Mulhern reflects on the quiet, yet utterly transformative, contribution of the Sheikhs and Aga Khan to County Kildare 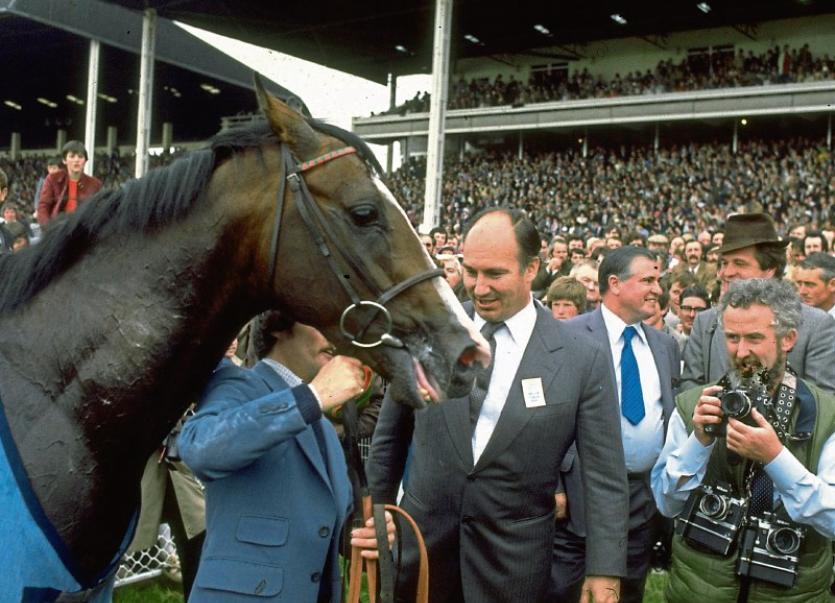 People with great wealth living in Kildare featured on a Sunday Times rich list recently, but many of the names were unfamiliar to me.

This felt a bit strange. I had expected the list to feature people made more familiar locally because of their money.

Then I wondered if some of the names were not so well known because they weren’t really spending it locally, say in the way Donald Trump does in Doonbeg or JP McManus does in Limerick.

Then I thought about the Sheikhs, their investment in the bloodstock industry and the enormous contribution they’ve made to life here, and how it is seldom recognised.

Just how much the Sheikhs and their money have helped to weave the very fabric of life in the county only registered during a conversation in London, when scaremongering over the latest crisis in the Middle East led to someone remarking at just how favourably Kildare has been touched by a group of people from that region.

That I’m late to the party in recognising this could well be a Naas thing, or maybe I’ve been going around with my ears closed.

But no, I’ve thought about this hard and it was the first time, ever, I heard someone from the county give a wider estimation of the Sheikhs’ investment in Kildare.

Of course we all grew up hearing references to Sheikh Mohammed, and we all knew or still know someone who works in one of the Aga Khan’s places.

But never a fulsome appreciation.

Maybe it’s because their contribution has been embedded for so long that we just look past it.

For six years, I had a job that involved a lot of driving in and around Kildare.

And when I think about it now, it would be almost impossible to cross from one side of the county to the other without passing one of the many world famous stud farms that pockmark the local countryside.

Blackhall outside Clane, Kildangan, Ballymany and Old Connell on the edges of Newbridge, Derrinstown by Maynooth, Gilltown on the Curragh, Ragusa out the back of Ballymore… on it goes.

Years and years of idling by these stud farms’ manicured hedge rows, their neat fencing, and green-carpeted, horse-filled fields and it never dawned on me that this micro-economy had been forged by a tiny group of outsiders.

Like the Rich List, wealth can be easy to measure, but the impact of great wealth can be more difficult to quantify, though not here and not in in this context.

Gilltown, owned by Aga Khan, has long been a national pillar big enough to bring Queen Elizabeth II to town to visit Sea The Stars there back in 2011.

And since stud operations were attracted here with the help of Michael Osbourne, many of these operations listed above have brought hundreds and hundreds of sustainable jobs.

But so too is it an investment that has both enhanced while at the same time remaining sympathetic to the local landscape, with stately homes on these studs often restored to their former grandeur, and then some.

It runs much deeper though. Kildare’s unique selling point is symbolised by these studs and the Sheikhs’ investment.

Living abroad, at least, I often find the county is defined by equine matters more than any other thing.

And it’s been a move of real mastery by the Sheikhs that they have buttressed the county with these great economic anchors measuring in the thousands of acres and at the same time existing out of sight, in the background.

In this regard, the Sheikhs don’t get enough credit for their contribution to Kildare life and we take their presence and investment in the county for granted.

But this has been a contribution that has gone way beyond the optics of them changing the physical landscape, to helping weave the very fabric of life in the county.

Often, a them and us mentality emerges when wealthy neighbours arrive, particular when like the rich list, they keep to themselves.

But how the Sheikhs have created something so ingrained, it’s taken me nearly 40 years to recognise, is something I’m still scratching my head over.

Read all of our coverage from this year's Punchestown Festival here.