Tips for today's racing at Cheltenham, including the Big One - the Gold Cup 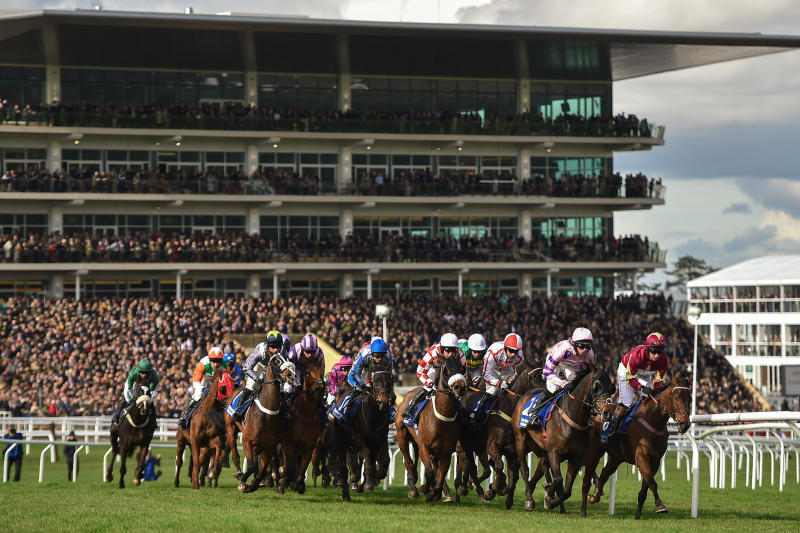 Action from Thursday's day of racing

As everyone well and truly knows, the Thursday at Cheltenham is the worst day in every regard. It’s got the worst of the novice chases, the least prestigious of the four main event races and it’s typically the day where the bookies claw back. Well, that’s once again proved to be the case – but we’re ready to go out with a bang.

I can hear Davy Russell et al scoffing at me for saying my most confident Festival selection is a runner in the Triumph Hurdle. Given the usual graduation from the flat, the long-held view that these hurdlers in name are little more flat horses seeking some limelight is widespread. However, in this case, APPLE’S SHAKIRA is right out of the top drawer. As any parent will tell you, four-year-olds are unpredictable. That carries over into equine childhood, too. The JP McManus-owned filly was well ahead of Fred Winter third Nube Negra at Cheltenham back in December. It looks good form.

STORMY IRELAND is a serious contender in here too if you’re to believe the hype. She could have gone to tackle Laurina in the Mares’ Novices’ Hurdle but Willie Mullins opted to enter her in here instead. REDICEAN can battle it out with the Mullins runner for second – even though Alan King’s gelding is a lot of people’s NAP, himself.

There has been few better progressive handicappers than JENKINS this year, and although his Betfair Hurdle run was unconvincing, the fitting of headgear is his excuse that day and he should continue to give a good account of himself in a competitive handicap. James Bowen takes the ride – himself and Jack Kennedy are the future AP McCoy/Dickie Johnson rivalry; he’s that good. He went off co-favourite that day, and there’s no reason to suggest he can’t run well off this mark.

As pointed out on Wednesday, the fact that Black Op was the nearest challenger to Samcro gives the form of SANTINI an unbelievable boost. It’s the only formline you need to even bother addressing.

The consensus second-favourite CHEF DES OBEAUX was nearly five lengths behind the selection when they met at Newcastle back in December. He’s getting plenty of excuses in his favour, but you shouldn’t buy them. He was well beaten and there’s no reason to see this form flip.

I give enough stick to people for putting up two horses in any race, let alone the Gold Cup, but there’s a real value each-way player here and that’s the oddly overpriced DJAKADAM. Not far beaten fourth last year, and third the year before in this race – that’s a lot going for him in this field, even if you’re happy to accept this season hasn’t gone according to plan.

But the main event should belong to the best horse in the race, and maybe the best chaser on the planet – MIGHT BITE. Just to be clear, this son of Scorpion is a livewire. Think of Paul Gascoigne. All the talent in the world but tinted with a touch of madness.

You don’t expect anyone to have to formulate a plan in a race to see how best a jockey can avoid letting a horse see a burger van on the way to the line, but this is the task Nicky Henderson is faced with. Despite his obvious tendencies to be somewhat of a maverick, he’s the best horse in this race by about ten pounds. If he loses, it’ll be over something dramatic and you’ll have a story to tell in the office.

Katie Walsh rode the winner of the Champion Bumper on Wednesday and she’ll be chomping at the bit to double up aboard FOXROCK. A really classy, stout performer over fences, the switch to hunters last season didn’t stunt his performance levels. The favourite in this race is being touted for big things because he was behind Gilgamboa in Punchestown in February. Foxrock was behind him in Thurles in January.

I usually find the Martin Pipe the hardest race at the Festival to pick a winner in, so we’ll have to use a bit of the ‘ol hearsay here. Joseph O’Brien’s EARLY DOORS was successful in landing a Grade 3 back in November. He won on heavy that day, so the ground is certainly not a problem. If you’re willing to forgive the run in the Deloitte last time out, he’s well-in here off 142.

It’d be quite something for JP McManus to finish out the Cheltenham Festival with three winners on the Friday, but that’s what I’m proposing. Some horses are aimed at certain races for a while and all of last year’s winning trainer Jessica Harrington’s focus has been on this race for DON’T TOUCH IT. The vibes are strong around the county for this, too. The gamble didn’t land for Glenloe, but it’ll be interesting to see if the money comes for this son of Scorpion.