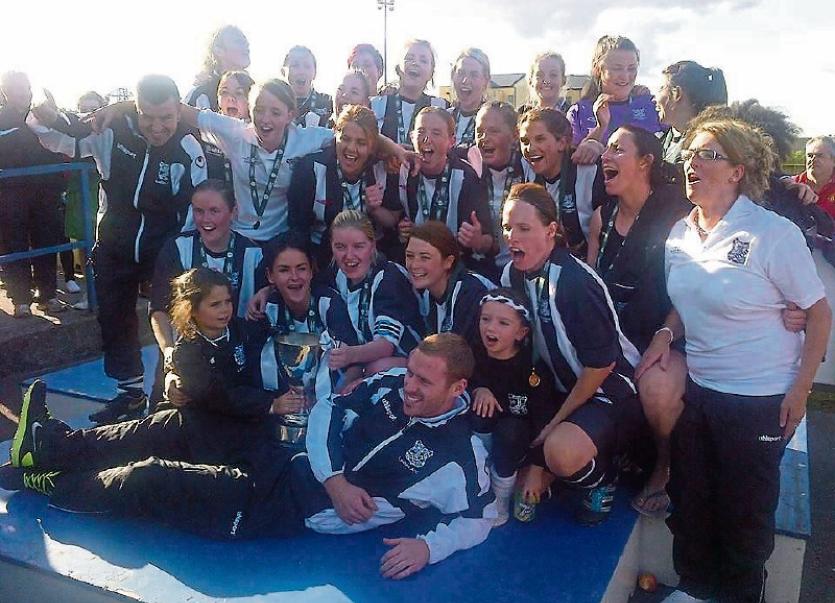 Some of the victorious Kilcullen team

2013 saw the beginning of a long journey for the women of Kilcullen AFC and who could ever imagine what was going to unfold in the next few months.

Following their double winning success in the KDFL of 2012 Manager Tadhg Shanagan and his backroom decided to enter Kilcullen AFC in the Women's FAI Junior Challenge Cup.

The following months saw them grind out no less than four hard earned away victories; a 2-0; a 2-1 win over Corduff FC; a similar score line against Donneycarney.

In round 3 they were drawn away against St. James Gate and came away with a 3-1 victory, setting them up for another away tie and a long trip to Castlebar where they took on the might of the Mayo League Castlebar Town in the semi final; the Kildare girls getting through after extra time, mainly due to keeper Jayne Peacocke.

And so to the final, Station Road, Newbridge, against Corrib Rangers in front of no less than 800 spectators, and create a little bit of history being the first Kildare team to play in a national Cup final.

At half time the sides were level 1-1, Ciara Pembroke on the mark for Kilcullen.

It was still all square with twelve minutes remaining but Corrib took the lead to inch in front.

Then in the 94 minute Sara Murphy scored one of the most important goals of her career to leave it all square at 2-2 to bring the tie to extra time.

Midway through the first period of extra time defender Clare Kelly sent a through ball to Jessie Turner on the wing, she turned neatly to feed the ball to Sara Murphy and the goal scorer turned provider to the in-rushing Kim Turner who slotted cooly past keeper Kilbane to make it 3-2 and as they say the rest is history.

Kilcullen AFC lifted the first piece of national silverware in the KDFL’s history after a moment of magic ended with Turner finding the net to take home the Cup.

What an incredible winner after a brilliant move. 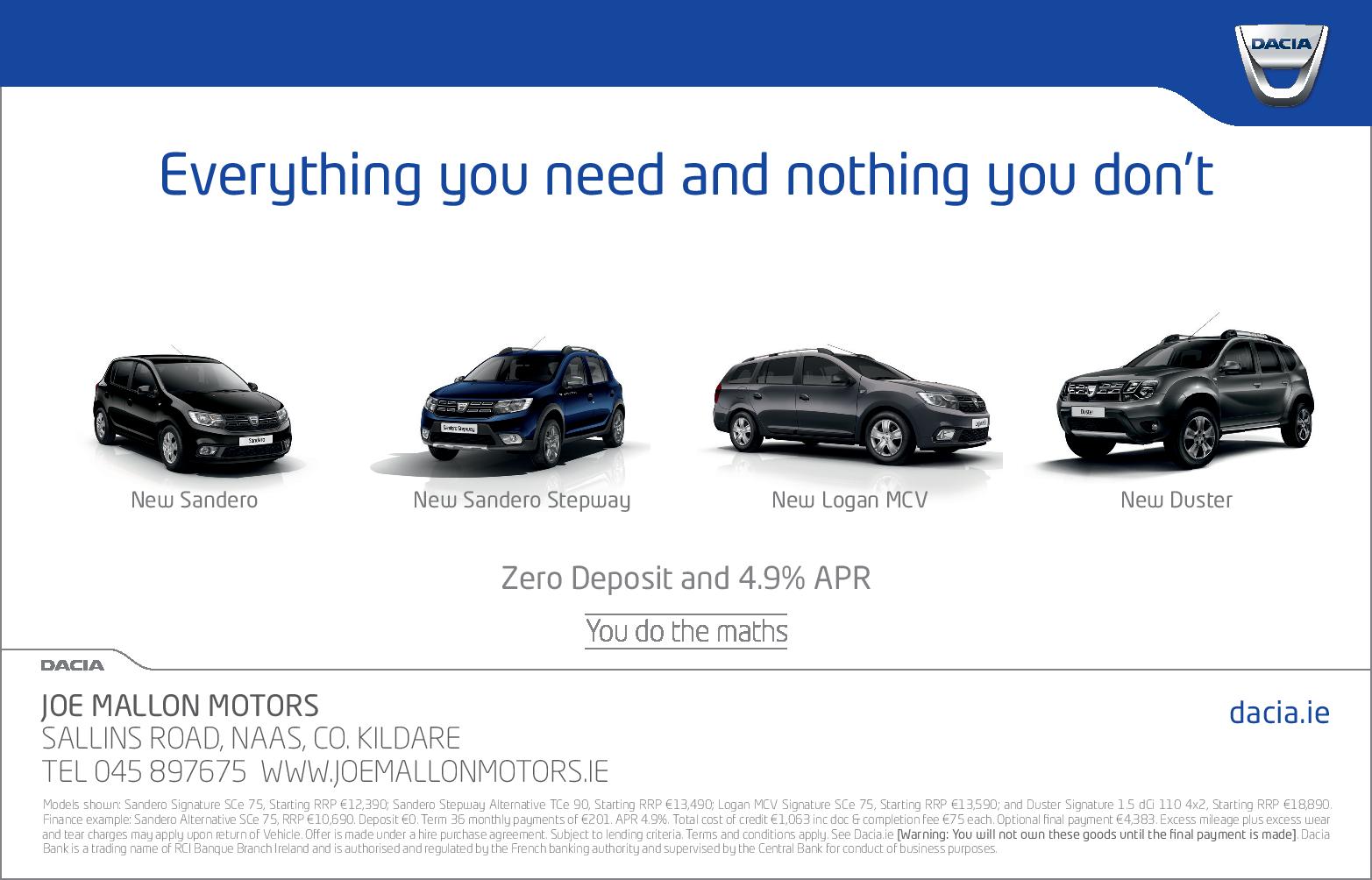 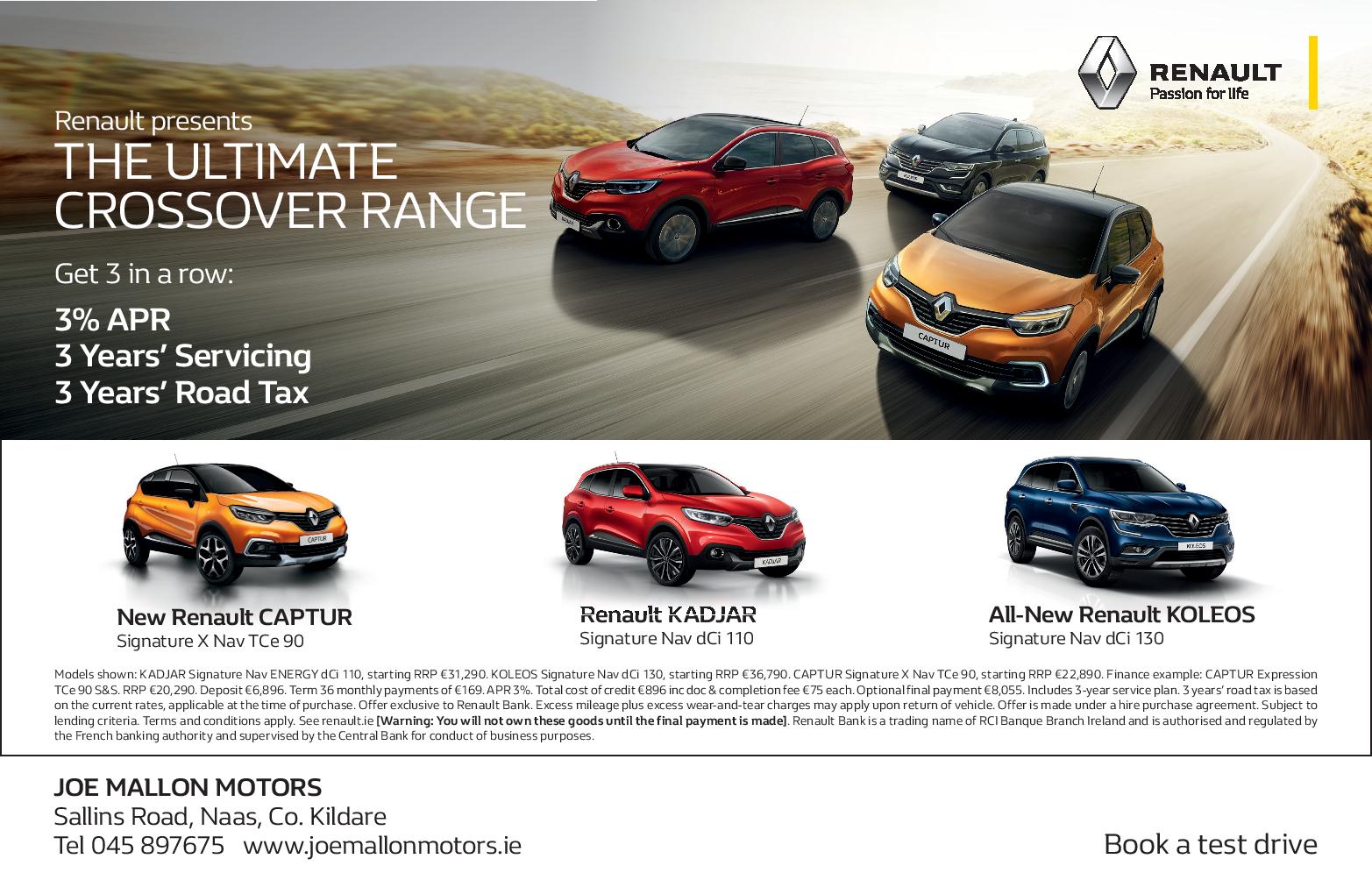