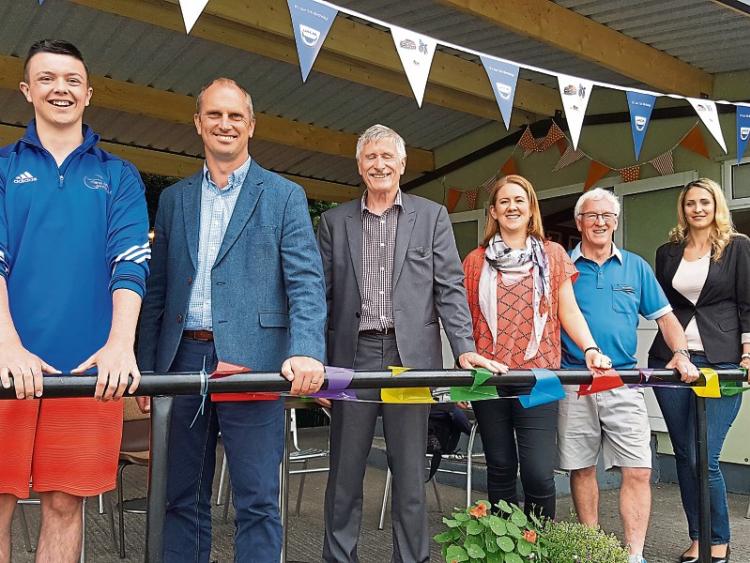 Clane Tennis Club had a visit from the chief executive of Tennis Ireland, Richard Fahey, recently.

It was the first ever visit of a tennis chief to the club and came during the Annual Business House Tennis Tournament.

Mr Fahey began his job with Tennis Ireland five months ago and is visiting clubs around the country to speak to the grass roots members.

Apart from running its Annual Business Tournament last week, Clane has been accommodating people from the KARE organisation and hundreds of children from local primary schools.

Mr Fahey, who spent 15 years working with the FAI, said that a great advantage of tennis is that club membership has a 50:50 male/female balance.

Secondly, from a health point of view, players range from young children to those in their seventies.

Recently Mr Fahey visited Naas Tennis Club, who had invited Judy Murray, mother of the world No 1, Andy to the club.

Mr Fahey was involved in running a workshop to help clubs apply from sport grants.

Clane has put togehter an application to the Sports Capital Fund , with club member, Jo Patchell heavily involved and fingers are crossed that it will get some aid this time around after previous disappointment .

A decision is expected from the Government at the end of August or early September.

The club got planning permission for an extension in 2015.

It has recently added a covered patio to the clubhouse, costing it €4,000.