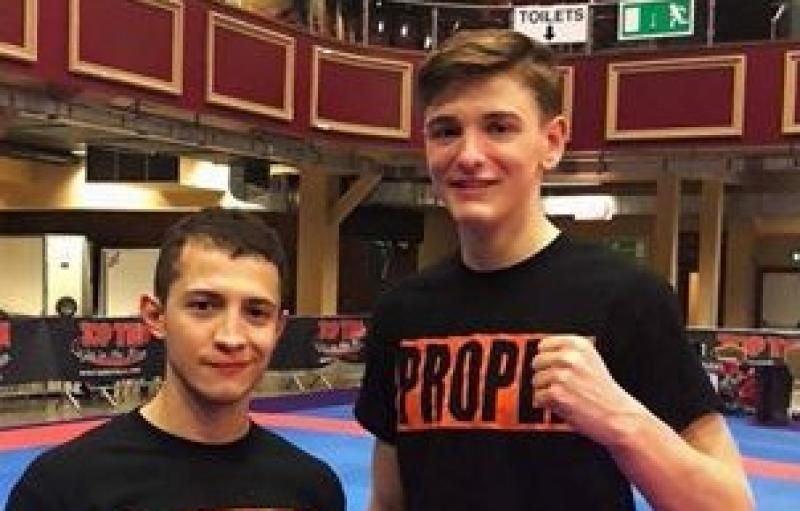 Despite the Beast from the East and blocked roads, the Irish Open Kickboxing Championships 2018 went recently ahead as planned with two local kickboxers achieving major success.

The Irish Open is the world's largest kickboxing and martial arts tournament with up to 4000 competitors. Although many athletes were prevented from attending by extreme conditions, there was still a huge presence from the world's top
international athletes.

Two of those athletes were Naoise Colvin (13) from Edenderry and Conor McGlinchey (17) from Carbury, who both fight for Tallaght Martial Arts. They literally had to dig their way out of their homes and were driven by dedicated parents in horrendous conditions to get to Citywest where the tournament was being held.

Their perseverance and dedication paid off as Naoise fought an incredibly close final in the -46kg older cadet girls and was narrowly pipped to the post, thus coming away with a hard earned silver. In the -50 kg OC she achieved a bronze after being beaten by Italian Naomi Lucide in the semi final.

Naoise is one of Ireland's top junior female fighters and is making a name for herself both nationally and
internationally.

Conor Mcglinchey from Carbury is also a member of the elite American team, Team Proper and  is currently ranked number one in the world. He recently came back from Miami where he won the Open weight section at the Panamerican Internationals.

Conor was on top form again over the weekend at the Irish Open, achieving Gold in both junior men's -79kg & -84kg, he then went on to fight in the final of the Junior Grand Champion open weight section where he fought a talented Guatemalan fighter, Enrique Letona.

During the final, Conor suffered a severe ankle injury but he put on a show of pure determination and resilience to go on and win the final 3-9 earning himself his third gold.

Next stop for these two young fighters will be the National team qualifiers at the end of April. 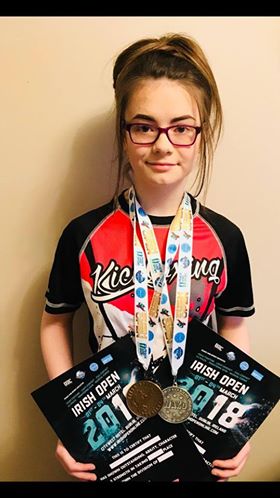