Kildare minors no match for Monaghan 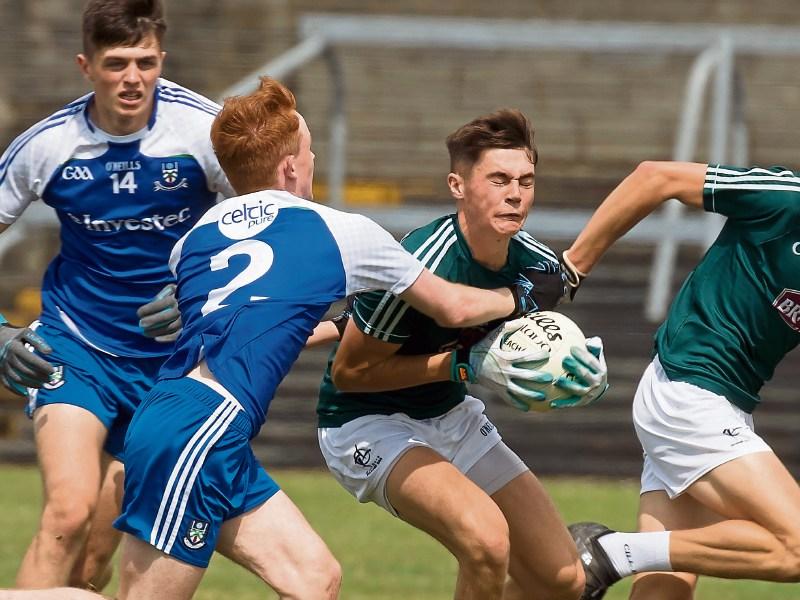 Padraig Behan, Kildare, under pressure from Shane Hanratty of Monaghan

After an even enough opening half, after which Monaghan led by three points, 1-5 to 0-5 while playing with the wind, any hopes Kildare had of turning the game around disappeared soon after the restart with Monaghan opening with two quick points and then adding a second goal, when a long ball in was won by Donnacha Swinburne over his marker, he turned and fired to to net to leave it 2-7 to 0-5 with just 36 minutes gone in the second half.

Despite the wind rising and the rain lashing down their was little improvement from Kildare while Monaghan kept the score board ticking, without playing particularly well it has to be said, but they simply had too much for a Kildare side that looked more tired as the game went on and at times bereft of ideas.

Monaghan were never put under any real pressure, going on to win somewhat comfortable and set up a date with Kerry in the All Ireland semi final on a final score line of Monaghan 2-11 to Kildare 0-8