Biggest game of the season looms for The Lilies 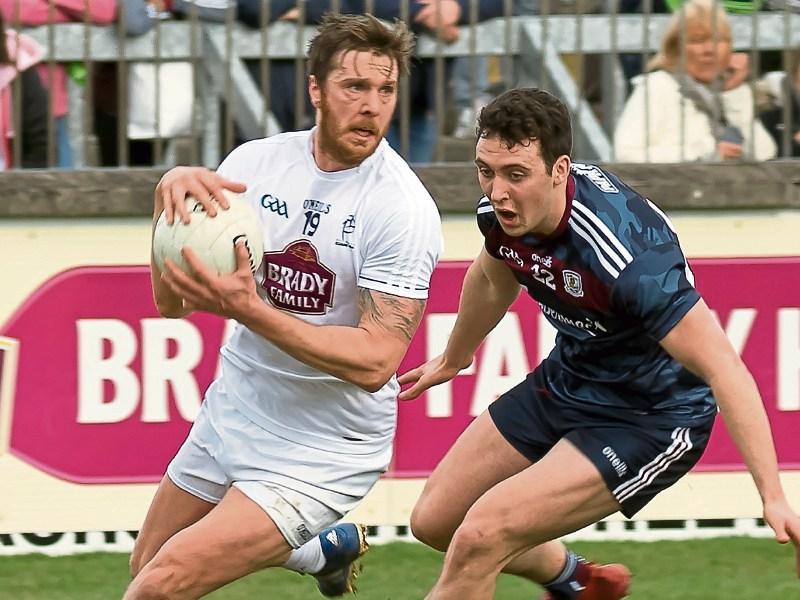 And the mind takes a ramble.

It was Galway who denied Kildare a first All Ireland SFC title since 1928 when they defeated the Mick O'Dwyer managed and Glenn Ryan led Kildare side in '98.

It had been a season to savour.

A season that Kildare had finally got out of Leinster for the first time since 1956.

And hopes were high.

Who will forget the hype, the flags, the bunting, the atmosphere of 98?

On their way to the All Ireland final Kildare had defeated the previous three All Ireland champions, Dublin (95 winners); Meath (96) and Kerry, managed by Páidí O Sé, winners in 1997.

In 1998 The Lilies were hot favourites, led by three at the break 1-5 to 0-5, the goal coming from a young Dermot Earley.

But Galway were far from done and a brilliant second half displays from Ja Fallon and Padraig Joyce, amongst others, saw The Lilies dream go up in smoke as the boys from the West captured their eighth title on a score line of Galway 1-14 Kildare 1-10.

Managed by John O'Mahoney, it was Galway's eight All Ireland senior title and their first since 1966.

Two years later and Kildare, having regained the Leinster title, took on Galway in the All Ireland semi final, but again came off second best; this time 0-15 to 2-6.

It was another heartbreak. Another win for Galway.

These counties have met just four times in the championship and while the stats tells us they have won two games each, I'm afraid the last time that The Lilies recorded a win was back in 1926, the previous one being 1919.

Kildare's record against Galway is indeed a dismal one, the last time they defeated the men from the West saw the great Larry Tompkins in a white jersey, before he headed down south to win two All Ireland titles for Cork.

So what of Sunday?

They are at this stage a vastly experienced side, built on a very strong defence, that gets players back in numbers before attacking at pace.

Kildare having been shocked by Carlow in the quarter final have now defeated Derry, Longford, Mayo and Fermanagh before suffering that heartbreaking set back last Sunday against Monaghan.

It is going to be a big ask, of that have no doubt.

Galway have already defeated Kildare in Newbridge in the final game of the League.

It was a nothing game really and probably Kildare's worse display in a disappointing league campaign; having lost their previous game to Kerry which confirmed their demotion to Division 2.

A win for Galway will probably send them to the All Ireland semi final but while they will travel with confidence to St Conleth's Park on Sunday, they will be expecting a real battle and hopefully they will get one.

For Kildare this is an opportunity to finally get one over on Galway; a must win game; a game they can win but only if they show the form they showed particularly against Mayo and Fermanagh.

It is a game The Lilies need the big guns to step up and step forward.

No room for hiding on Sunday.

It may not be pretty, not the way Galway set-up these days but if The Lilies could eke out a couple points of a lead; put the Connacht champions under pressure, forcing them to come out and attack, anything is possible.

Kildare have been waiting a long time to get the better of the boys in maroon.

Sunday is as good a time as ever for their fortunes to change.